BE PURE! BE VIGILANT! BEHAVE!

2000AD and Judge Dredd celebrated its 40th birthday in 2017, and Pat at last has written the definitive history of the Galaxy’s Greatest Comic, and the turbulent, extraordinary and exciting events that shaped it.

Be Pure! Be Vigilant! Behave! is the infamous slogan of Torquemada, the comic’s favourite villain. It once appeared on the Berlin Wall, and symbolizes the subversive nature of 2000AD that changed so many readers’ lives and influenced generations of film directors, actors, rock bands, novelists and even school headmasters.

Everything you’ve always wanted to know about Judge Dredd, Slaine, Nemesis, ABC Warriors, Flesh, Bill Savage and more, is in this book. Plus the writers and artists who created them and the real-life people and events they drew on for inspiration. The scandals, the back-stabbing and the shocking story that was regarded as “too sensitive” to ever see the light of day is finally told.

Pat relates the dark story of the maths teacher who inspired his version of Judge Dredd, the creators’ angry battles with the censors and each other, why certain writers, stories and even readers have been banished from the comic, a step-by-step account of how Judge Dredd was created, and how to write or draw for 2000AD today.

There are new insights on the 2000AD creators’ invasion of American comics, their failed French invasion, the Judge Dredd films, the forthcoming Judge Dredd TV series, other possible films featuring 2000AD heroes, the unusual secret of the comic’s current success, the tough challenges it faces today, and its exciting future.

From the hilarious origins when Judge Dredd writer-creator John Wagner and Pat began their careers writing together in a garden shed by paraffin lamp, to the tragic stories of legendary comic artists who have passed, and the challenges as 2000AD fought for survival against The Suits determined to destroy it, this is a unique, personal, and passionate account by the man who made 2000AD happen. 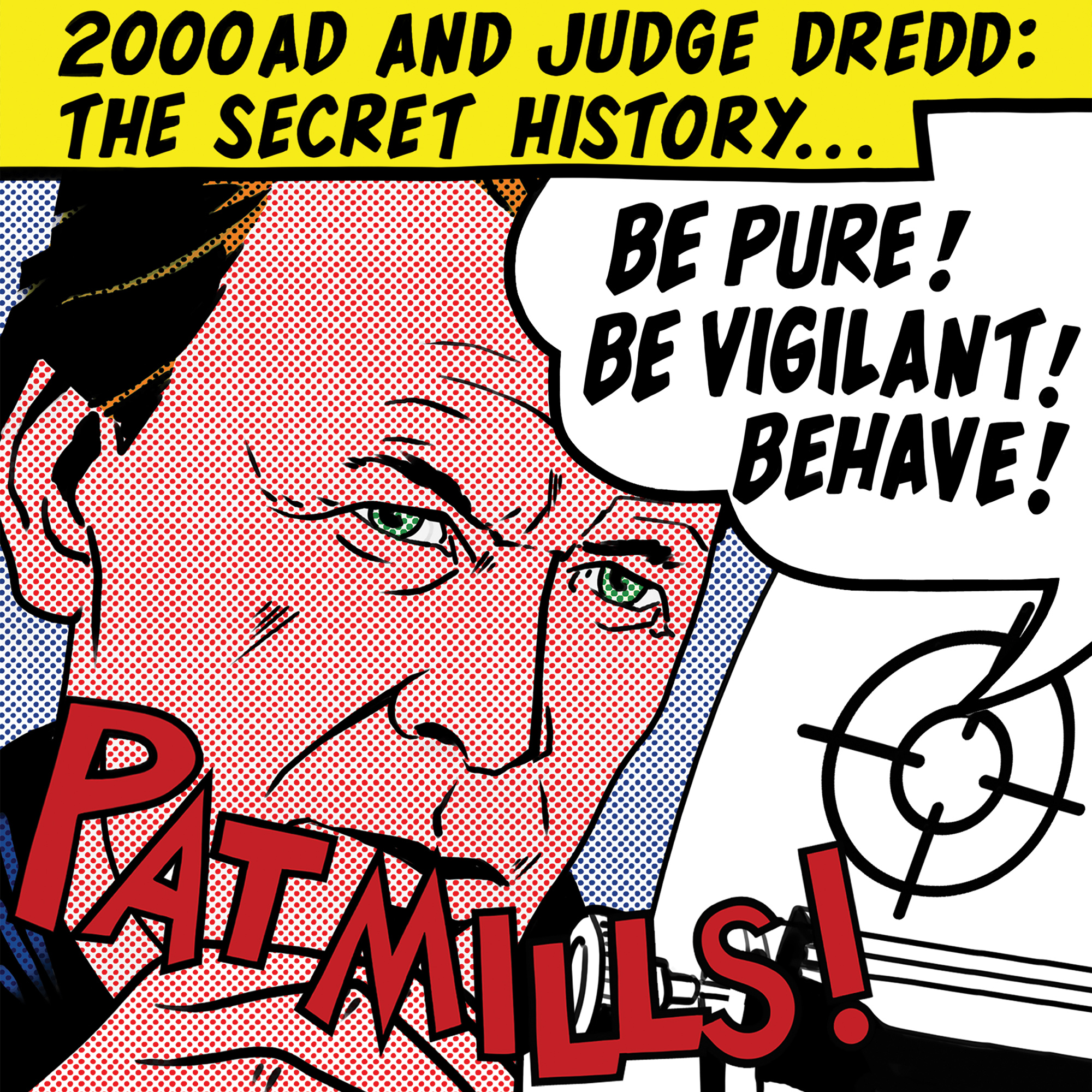 BE PURE! BE VIGILANT! BEHAVE!

Pat Mills delivers his best-selling memoir with passion and verve!

A great way to discover the story behind 2000AD and Judge Dredd! Listen to the Godfather of British comics on your commute, in the gym, walking the dog – or working on your own creative project!

Buy This Audiobook
All Books
