I’ve just been reading Winnington-Ingram, an official biography of the infamous World War One Bishop of London. It’s part of my research for my assassin novel.

He’s far worse than any of the villains I featured in Charley’s War.

Here’s part of his sermon in Westminster Abbey in 1915.

‘To save the freedom of the world, to save Liberty’s own self, to save the honour of women and the innocence of children, everything that is noblest in Europe, everyone that loves freedom and honour, everyone that puts principles above ease and life itself beyond mere living are banded in a great crusade – we cannot deny it – to kill Germans. To kill them, not for the sake of killing but to save the world; to kill the good as well as the bad, to kill the young men as well as the old, to kill those who have shown kindness to our wounded as well as those fiends who crucified the Canadian sergeant…’

The crucifixion story was fake, probably a creation of the British propaganda bureau. 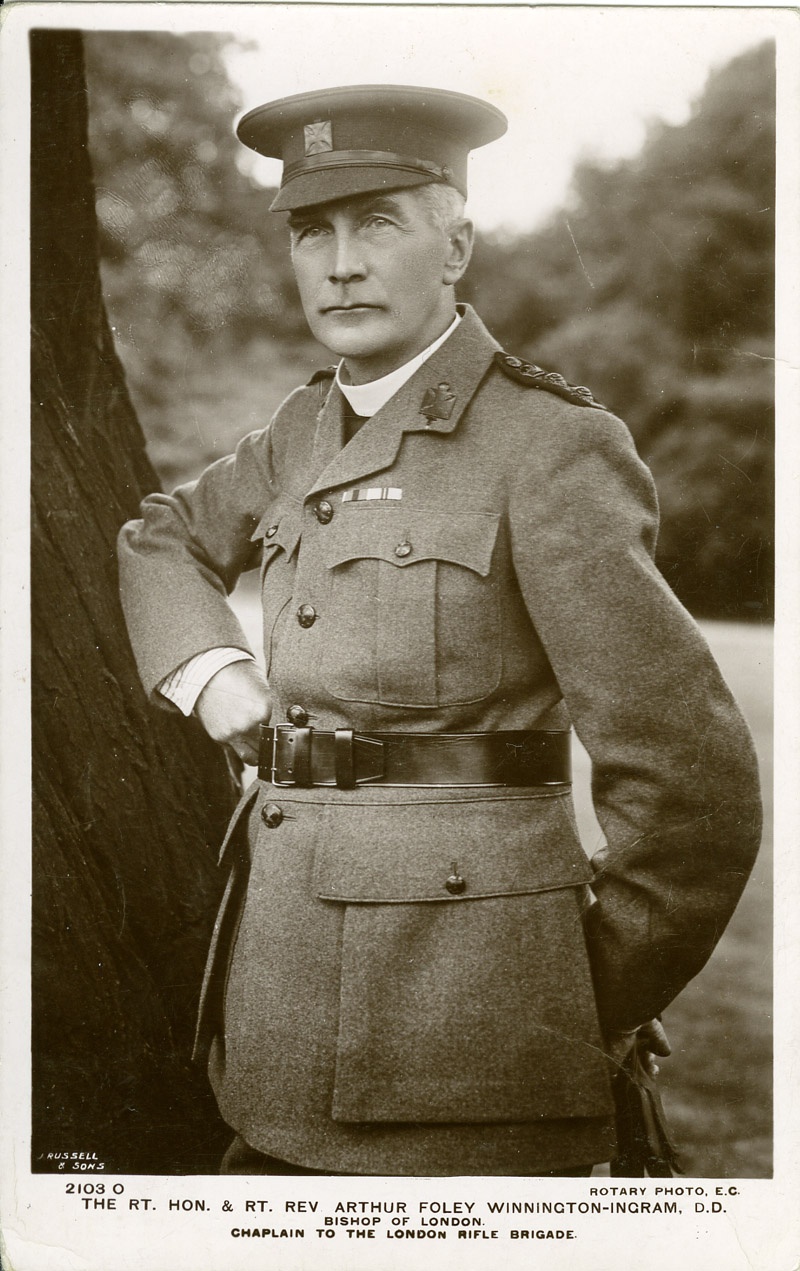 On other occasions the Bishop said:

The killing of Germans is a Divine service.

This is a Holy War. We are on the side of Christianity against anti-Christ…to fight in a Holy War is an honour…. Already I have seen a light in men’s eyes which I have never seen before.

The good old British race never did a more Christlike thing than when on August 4th 1914 it went to war. Christ died on Good Friday for freedom, honour and chivalry and our boys are dying for the same things…. You ask for my advice in a sentence as to what the Church should do. I answer MOBILISE THE NATION FOR A HOLY WAR.’

The most nauseating part of studying the Bishop is reading modern-day academics’ shameful attempts to justify and rationalize his evil, hate-filled words. Words that the Bishop claimed led to a massive leap in army recruitment figures.

I think the comment of General Crozier in A Brass Hat in No-Man’s Land says it all. ‘The Christian churches are the finest blood-lust creators which we have, and of them we made free use.’