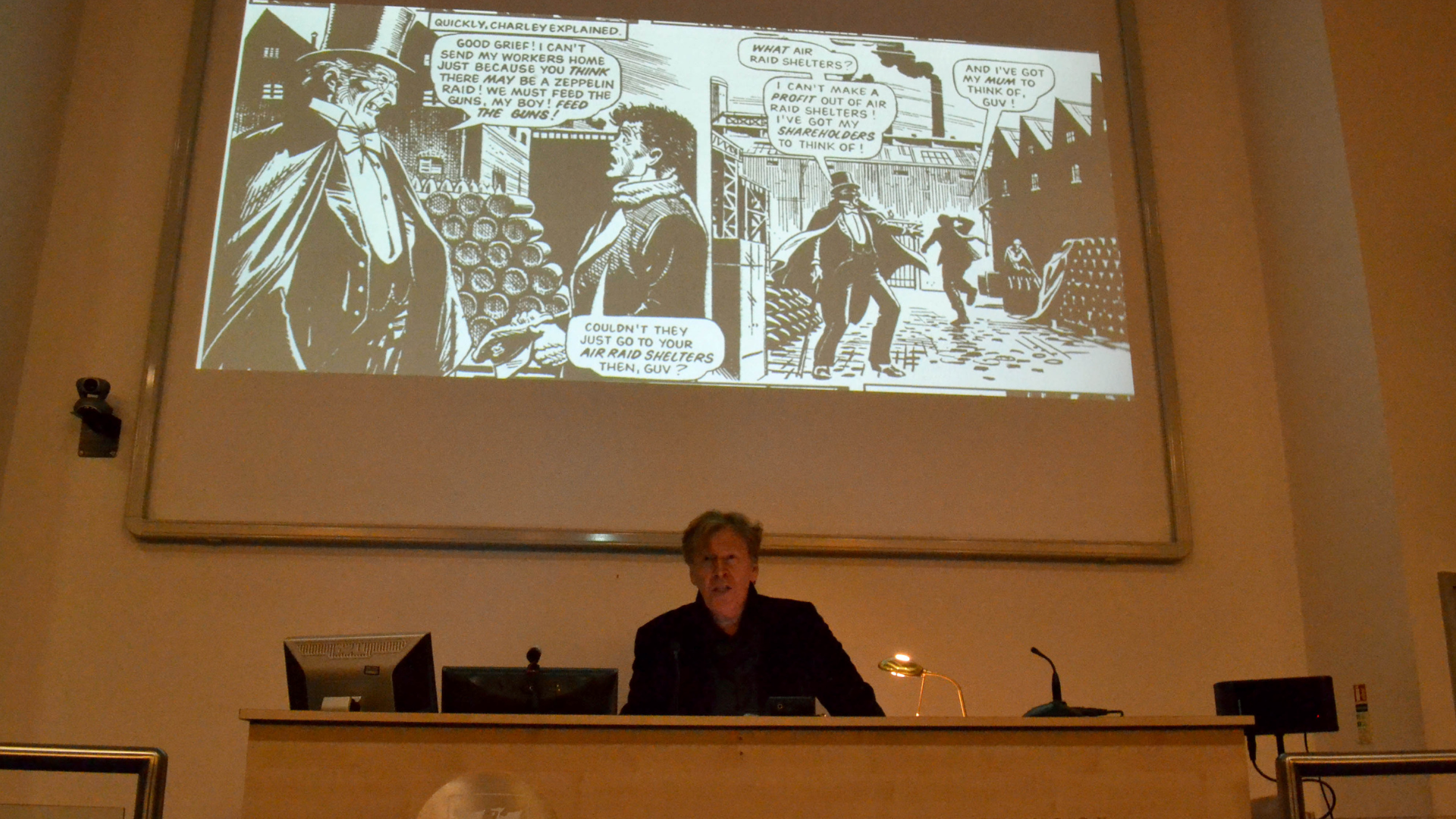 CHARLEY’S WAR: A CHALLENGE TO THE REVISIONIST SPIN ON THE GREAT WAR (2014)

Given that I’ve just written a new Great War story (Ragtime Soldier, in collaboration with Duncan of Jordanstone College of Art & Design and University of Dundee), I think it’s time I revisited the public lecture I gave at the University of Liverpool in 2014 on how Charley’s War was a challenge to the revisionist spin we have been experiencing in the years around the centenary of the Great War. I was invited to give the lecture as part of the University’s Security & Conflict Lecture Series. 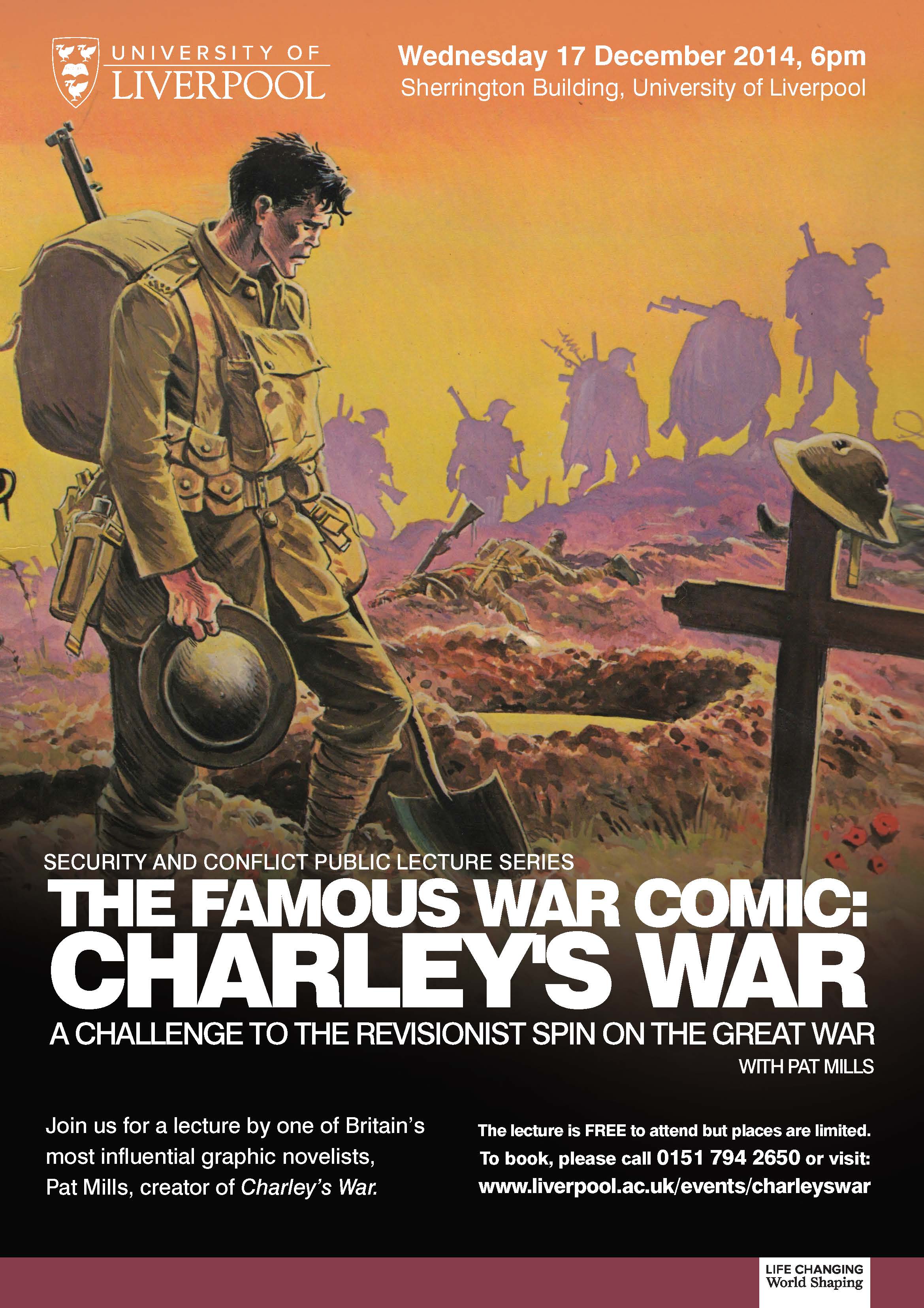 I originally shared the audio recording on my old website, and during the transfer to our current digital home, the file wasn’t transferred along with the blog post and we lost some of my post text that accompanied it. Here’s what remains:

There was a fantastic turn out – thanks again to everyone who came. However, there didn’t see to be any revisionists in the audience, and I kind of missed their challenge. And then I began to wonder, seriously, do they actually exist? Apart from the establishment Propaganda Assets, who regularly produce biographies and TV documentaries defending ‘organised mass murderers’ like General Haig and his ilk (Harry Patch, the last Tommy, referred to the conflict as ‘organised mass murder’). So is that all it is, a propaganda exercise by the State?

CHARLEY'S WAR: A CHALLENGE TO THE REVISIONIST SPIN ON THE GREAT WAR

And here’s a PDF of my lecture notes, if you prefer to read rather than listen.

My slides from the lecture: