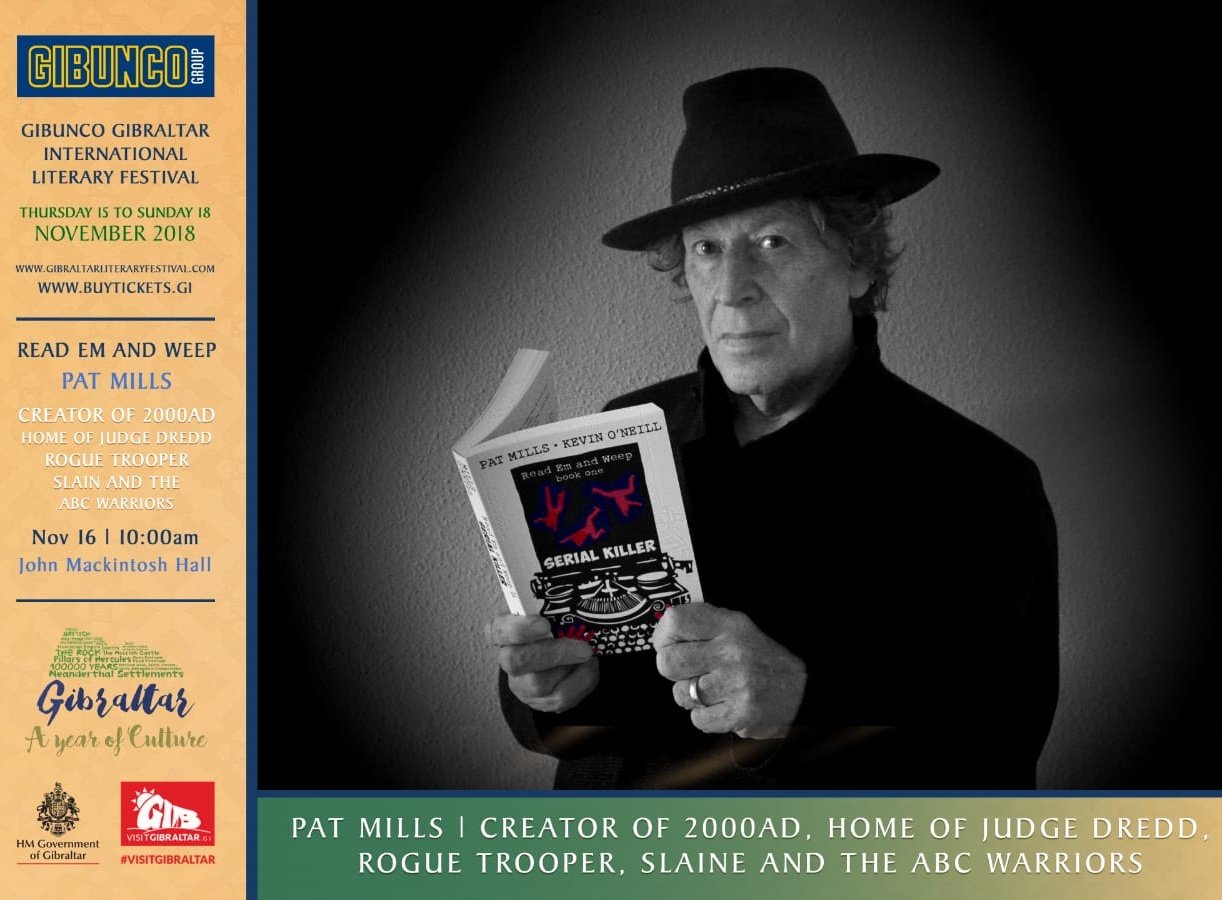 I’ve just come back from a fantastic time as a guest at the Gibunco Gibraltar Literary Festival. The Rock really is something else. I was there to talk about my first two novels in the Read Em And Weep thriller series: Serial Killer and Goodnight, John-Boy, which are all about the world of comics. There was a terrific turn-out for my talk – so many Charley’s War, 2000AD and Third World War readers. 2000AD and those stories had a huge impact on their readers (and also on the writer!). I was pleased to hear so many of the audience asking me when Third World War is likely to be reprinted. I wish I had more definitive news, but all I know at the moment is it is likely to be published again in the next couple of years. It’s frustrating because, as I said at the talk, alongside Charley’s War, it’s more relevant than ever today. 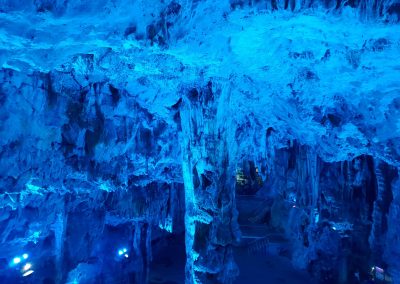 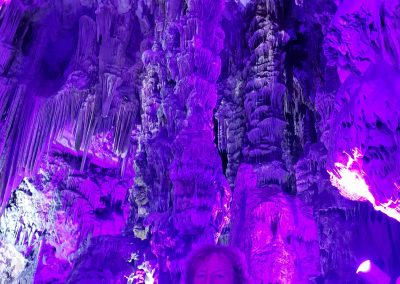 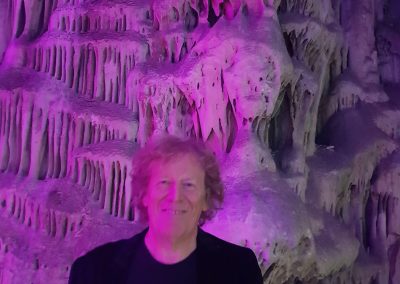 We had time to visit St Michael’s Cave, which – as you’ll see from the photos – is truly awesome. Like it was designed by Giger for an Alien movie. Or the stalactite and stalagmite underground cities in Nemesis the Warlock. Or Slough Feg’s Cave of Beasts in Sláine. In fact, St Michael’s Cave was inhabited in Neanderthal times, and the Rock was one of their last strongholds, so it really is straight out of science fantasy. We’re going back in three weeks for the Jazz Festival held in this vast cave complex. The acoustics should be amazing. 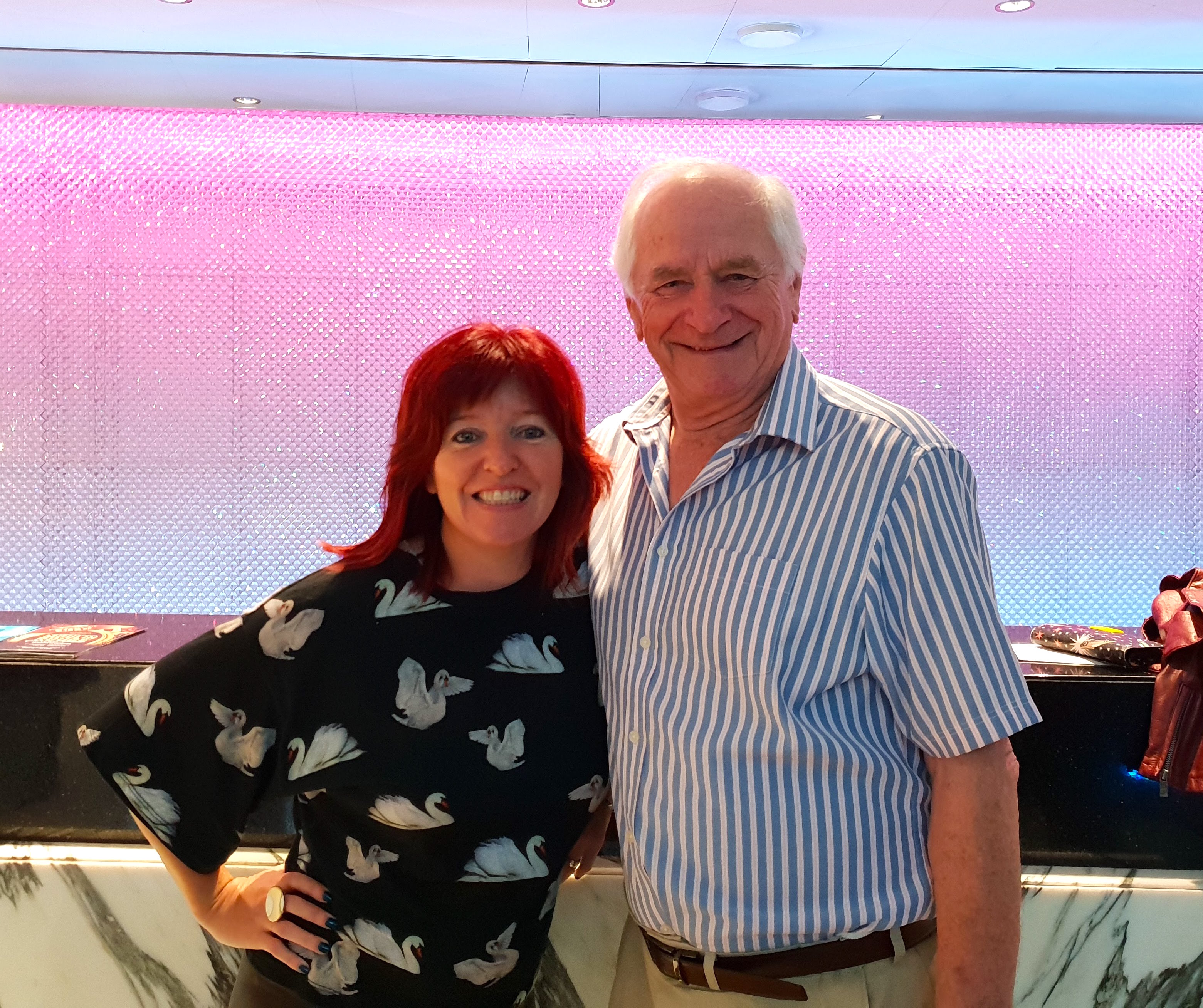 Lisa with TV personality Johnny Ball, a childhood hero of hers. Johnny and his wife were great company: during a shared cab ride with them to a festival venue we were regaled with jokes and anecdotes.

For Lisa, the highlight of the Festival was meeting and talking to the TV personality Johnny Ball. For me, it was seeing presenter Nicholas Parsons, and guests Sheila Hancock, Jan Ravens, Felix Francis and Robert Daws in a special Gibraltar edition of Just A Minute, a show that’s now run to an incredible 81 series. It was hilarious. It was also great hanging out with so many fascinating authors and sharing our experiences. There were so many famous names, such as historian and broadcaster Dr Bettany Hughes and actor and author Robert Daws. I wish I could have gone along to everyone’s talks. I got talking to Arthurian and medieval academic professor Carolyne Larrington, who did a talk on Game of Thrones. She gave me some great new ideas for Sláine, based on her vast knowledge of British and Iceland myths and sagas. And, with so much amazing history and a complex society packed into such a small area, I’m sure I’ll join the long list of authors who’ve been inspired by the territory to feature it in their stories. Gibraltar rocks!

Thanks so much to Nicholas Guerrero, Chief Executive at Gibraltar Tourist Board and the other organisers and sponsors of the festival for looking after us so well and making sure everything ran so smoothly.

Thanks to Jon Santos (B. Young) for giving me a copy of his book The Inch-High Witch and The Hoolies – Gibraltar’s comic about the Rock’s Barbary Macaque monkeys (which we also got to see), which I’m looking forward to reading. The artwork looks amazing.

Very special thanks to 2000AD fan and Gibraltar resident, Daniel Borge, who made it all happen for us in the first place, introduced my talk, and took so much time out to show us many of the sights of Gib. Cheers, Daniel.

And finally, thanks to all those Gibraltarian 2000AD fans who turned up for my talk. I really appreciated your support. Hope to see you again soon – maybe at Gibraltar International Comic Con in 2019.

More pictures from the festival: 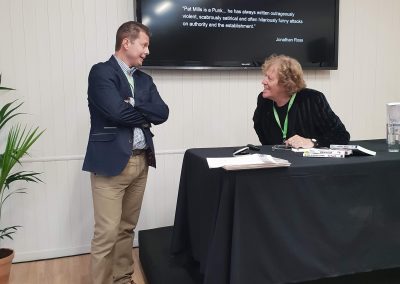 Daniel Borge introduced my talk and said very nice things about me and 2000 AD. 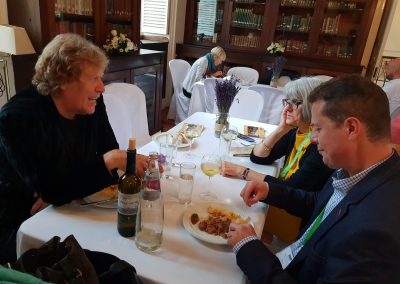 In The Green Room

The wonderful Garrison Library was our lunch spot and meeting point. Here talking to Prof Carolyne Larrington and Daniel Borge. Festival photographer Kate in the background 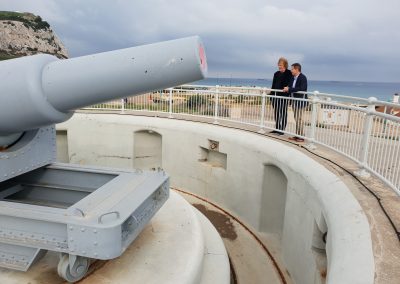 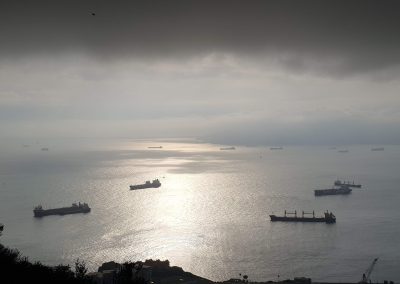 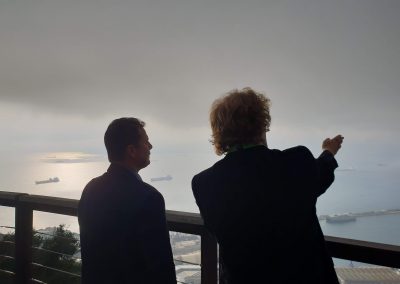 The Lie of the Land

The Lie of the Land 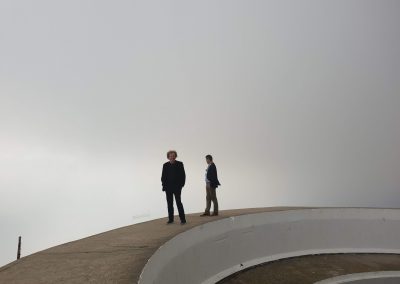 Top of the Rock

Daniel Borge testing my head for heights. Just visible to my left: a cargo ship in the Gibraltar Straits 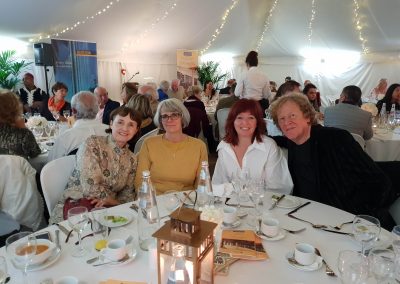 With some of our fellow diners. To Lisa’s left is Professor medieval English literature Carolyne Larrington 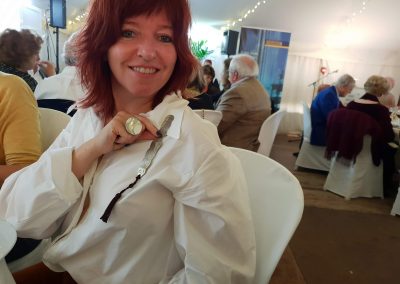 Moroccan Night at The Rock Hotel. Lisa showing off her bookmark, a charming gift to all the guests