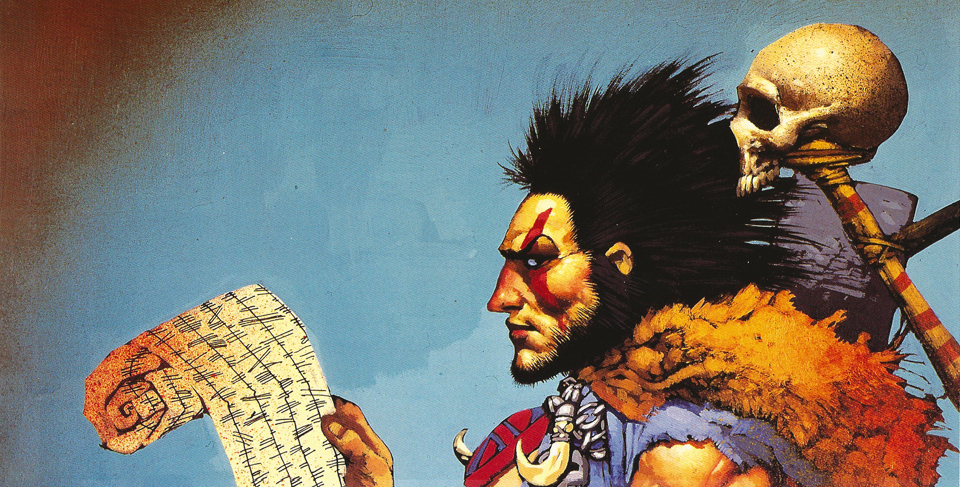 You may have seen from my recent posts on Space Warp that my future one-shot comic has two broad objectives:

First, to encourage new talent and second, to prove the viability of a proper copyright deal based on the French comics industry standard (the best in the world).

As opposed to the archaic British ‘all rights’ model, which has nearly destroyed British adventure comics and continues to harm the industry by not attracting or retaining top talent, or encouraging creators to give of their very best.

As a result, as several comic readers have described it recently, ‘Comics are eating themselves.’

I’m going to elaborate on all this further in a future updated version of my book Be Pure! Be Vigilant! Behave! 2000AD and Judge Dredd: The Secret History. Or, alternatively, in the published version of my blog series, Storyteller.

Many readers of Be Pure! were interested in what all this meant financially to writers and artists and why creators were forced to leave to work for France or the States as a result.

Just how poor are the Rebellion royalties, they ask me?

I couldn’t give them all the information when Be Pure! first came out because ‘units sold’ were not listed on the Rebellion royalty statement. Thankfully, after I made several requests, they are now finally included on some – but not all – Rebellion books.

So I thought I’d share a case study with you now that answers that question.

It bears out the concerns that I and so many readers have.

It concerns Sláine: The Horned God.

This was a classic, internationally best-selling series by me and Simon Bisley that was such a smash hit when it first appeared that 2000AD sales actually went up!

In its latest reprinting, The Horned God also launched the recent Ultimate 2000AD newsstand collection series from Hachette, priced at £1.99.

At the time of the launch, I raised my concern with Rebellion that this full colour, deluxe hard back was being sold for a low launch price as a ‘loss leader’

I totally get the sales logic of this. It’s a real bargain!

However… in effect, our hit story would be the ‘fall guy’ for the series as Simon Bisley and I could not possibly benefit financially, given the low price.

But later creators on strong, popular but a little less commercial series (including myself) would benefit, as their subsequent books would sell for the full price: £9.99

Of course, Rebellion would still benefit greatly financially either way through their financial arrangement – license fee or similar – with Hachette and the later full price books.

In response to my written concerns, Ben Smith, Head of Rebellion books, assured me not to worry.

Let me quote you his encouraging reply to me at the time:

‘There’s definitely no sense of HG subsiding the other books. Rather it’s leading the charge with the Crown Jewels. The low price on the first book ensure that it sells in substantially greater quantities than any other subsequent issue. (By a large factor of difference, up to ten or more as I recall it being explained to me)… There’s no disadvantaging [of you and Simon] by being first out of the gate, quite the reverse.’

The anticipated high sales on HG would thus exceed the royalties against the higher cover price paid to subsequent creators.

That seemed fair and reasonable to me and I accepted Ben’s reassurance.

As a result, I happily and heavily publicized the series for Rebellion as they requested.

And then the royalties statement arrived last December and – curiously – there were no unit sales on the Ultimate series (unlike on other Rebellion books). The total fee due to me (and the same for Simon) on Horned God was… £129!

That’s almost the same as a later Nemesis book in the same Ultimate series … £126.

I politely and patiently raised the issue twice with Ben in February and March this year, requesting information and clarification. I received none.

So I finally wrote to him at the weekend and said:

I think £129 for a ‘crown jewels’ story that launched a successful book series and made Rebellion a lot of money is poor, unfair and thus does not respect creators.

In the past you have insisted that Rebellion do show creators respect. I think this is one example – and there are others, as you well know – where this is not the case.

HG was not worth my time publicizing for that kind of money.

It’s also disappointing that the number of units sold of the Horned God has been deliberately withheld . I feel as the co-creator of HG I have a right to know this information, which Rebellion will be aware of.

I’ve tried number-crunching and comparing the figures which is almost impossible without units sold, but it would appear that Horned God did not sell anywhere remotely like ‘by a factor of ten” as you predicted.

Yet you still state below that the series performed well!

The only conclusion I can come to is that it performed well for Rebellion, but not for any of its contributors.

At the very least I have been misled.

There are two possible ways to calculate my loss of income on The Horned God.

And the same amounts would be due to Simon.

But these projections are hardly definitive, because the number of units sold have been withheld.

Doubtless Ben will explain that the ‘unit sold’ information comes from Hachette and is confidential.

So my projections are all I can go by and they seem a reasonable and possible approximation.

Today, I received a response from Ben to my third email. He has very little to say on these specific issues.

In summary, his response amounted to ‘Well, that’s the way it is.’

As per his usual technique, he talked instead, very positively, about future publishing plans for Sláine: The Horned God.

However, I’ve finally learnt not to be sidetracked by distracting spin, so let’s stick to the point here.

There was no acknowledgement that I was absolutely correct in my concerns.

Namely that later Ultimate books made more money than ‘the crown jewels’.

There was no attempt to address my final request:

I feel Rebellion should pay Simon and I a further sum reflecting the book’s importance to Rebellion’s financially successful Ultimate Collection.

So this is what happens when you sell all rights to your creation and unfair anomalies occur.

As we’re on this subject of royalties, I can finally now give you accurate facts and figures.

I’ve run these same figures past Ben and given him the opportunity to comment or amend my wording, figures and conclusions.

I told Ben that, looking at the Rebellion royalty statement:

On all their print books.

(I have yet to check on merchandising and digital.)

Thus Rebellion’s revenue on Ultimate Edition Horned God (from Hachette) is listed as £2587.30

This compares with industry standard in France.

Let me give you a further example on a regular Rebellion book published by them:

So I received £97.00 as the writer. And the artists on that book would have shared a further £97.

In the Egmont days, although it wasn’t industry standard, their royalty payments were better and that’s why few of us complained. Because it takes time and energy and most writers and artists find the process of complaining as tedious and exhausting as I do. And some were scared to complain.

Even today some creators have told me they’re afraid to do so in case they are seen as ‘trouble makers’ and can’t get future work from Rebellion.

I don’t know if their fears are justified, but it’s what they believe and it’s time someone spoke out.

In the past, where Egmont is concerned, Ben has disputed my conclusion, claiming Rebellion as offering the same or better deal than its publishing predecessors

So I wrote to him on this subject, too. As follows:

In the past, you have confidently stated that Rebellion paid similar percentages to past publishers. So let me correct you here. These figures show it is not the case. Egmont and Maxwell percentages were definitely higher.  They were far closer to industry standard which is – as you know – 50% to publisher. 25% to writer. 25% to artist.

Returning to the issue of the Ultimate Edition, Ben has said more about Ultimate sales in his latest letter to me. But as he may say this is commercially sensitive information I don’t think it is right for me to quote it here.

However, I can assure you that such information makes absolutely no difference to my basic premise and concern that Simon and I have paid the financial price of having our high value work sold for peanuts.

Based on Ben’s response, this appears to be a matter of complete indifference to Rebellion.

So what I take away from all this is ‘Yes. You are the Fall Guys for our profitable series. We got it wrong. Tough luck’.

Those colourful promises made to me were simply … spin.

They are not going to put it right and they do not think it necessary to apologize to me for having misled me.

Their inevitable spin or other possible responses do not obscure the fact that through the token royalties and various incidents such as this, I, the creator of 2000AD – along with other 2000AD contributors – have been treated unfairly by Rebellion who have greatly benefited financially from our labour.

For me, that is the Ultimate insult.