Of all the forms of writing and editing, comics are often the toughest. At first glance, this sounds most unlikely, given their downmarket origins and their often low standard, but it’s absolutely true. The reason is twofold. Firstly, there are considerable restrictions of space. In British comics particularly, weekly episodes often featured over two, three or six pages. Six-page, self-contained stories are still commonplace. For a story to make sense, to be paced correctly, and to appeal to the reader sufficiently for him or her to buy the next episode means it must have an excellent and tight structure. Sequences are often cut to the bone, unlike in a novel or a screenplay. That same discipline applies to an American comic book of 22 pages or a French comic album of 48 or 60 pages. Getting the structure right in all these formats is more demanding than in other media. But it’s worth it because the end product can have an appeal and an impact that films or novels often lack. It’s why comics were so popular and, potentially, could be again.

Secondly, the story is at the mercy of the artist, who can make or break it in a more profound and personal way than an actor or director can make or break a screenplay. If the artist is an excellent storyteller, then the writer’s troubles are over because they will make the story work and any flaws in the script are likely to be obscured or glossed over. But invariably, certainly in today’s marketplace, it’s the other way around and the writer is often compensating for an artist’s weak storytelling. So the editing has to take this into account. For example, numerous fantasy artists really do not like drawing reality scenes. So a busy Oxford Street scene with buses and crowds would be anathema to many of them, even if it subsequently leads to an amazing Harry Potter-style fantasy sequence. It can also be very time consuming and uneconomic for them to draw, even with the use of Photoshop or similar. So it’s no good insisting upon a scene, even if it’s essential to the story. Believe me I’ve tried and the result is generally poor. Instead, it makes sense to second-guess the artist, see the story through their eyes, and edit out anything that they’re not going to draw very well. At the same time, you must play to their strengths. Find out what they actually like to draw and feature it. Big-time.

If all this sounds desperately artificial, creatively restricting, and unreasonably time-consuming, you would be quite correct. It’s only worth it if it’s a story you care about so much that you want to see it in print, come what may. And the positive aspects of an artist’s work invariably make up for their drawbacks. You just have to be realistic and recognise that comics are a collaborative exercise and some disappointments are inevitable – unless you’ve been lucky enough to find a premier artist. 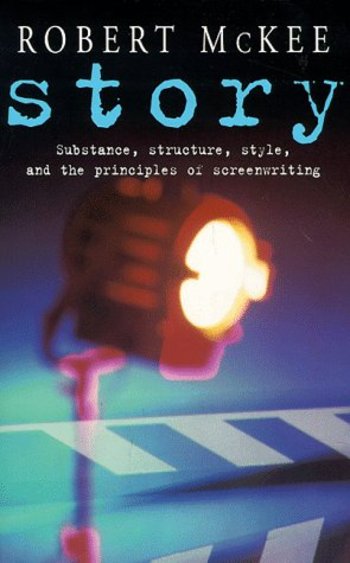 So, because comics are the hardest to edit, I thought I would concentrate on them here, although similar factors can apply to other media, too. First up, for editing, you need a bible, and mine is Robert McKee’s Story. Although designed for film work, his rules apply equally to comics. It’s very readable and gives you the tramlines, the security you need if you’re doubting your own judgement. Or someone else is.

If it’s economically viable, I will go through four editing drafts.

This fourth stage is barely known today, yet it was standard practice at D.C. Thomson’s, the home of many of Britain’s greatest comics, and is one I have used regularly, until recently. When an artist is a great storyteller it is not necessary and would not be appreciated. But if an artist is a weak storyteller, it can be a lifesaver. For instance, if the art is too ‘busy’, too intense, then it’s worth considering cutting the dialogue so the page is easier on the eye. Otherwise it’s a pain to read. Alternatively if a page looks flat, empty or boring, then I would often add words to liven it up and stop it looking quite so blank. Or, if the expression on a character’s face suggests they’re saying something different to what you had asked for, then I’ll consider writing new dialogue to suit it. If something isn’t clear in the artwork, then it could be made clear in the dialogue, e.g. ‘Who’s that guy sneaking about over there by the trees?’ It’s one reason comic dialogue was often stiff and obtuse because it was compensating for the art. Most importantly, revised dialogue against the art can make a story flow better. Because of the way it’s drawn, dialogue might look better coming from picture two, rather than picture one. It can also mean that you can be critical about your own work and make changes to it after a break of maybe several months while the story is being drawn. You might find it’s a bit over- or under-written and you have a chance to put it right.

1. Use the positive/negative rule described in detail in Robert McKee’s book. So if a scene starts off with a negative value, it should end with a positive value and vice versa.

Example: In the latest Defoe story he talks about how much he hates the ‘angels’ – alien visitors to London. That’s a negative value. But, at the end of the scene, he says that, despite hating them, the angels are right in their view about a forthcoming threat. That’s a positive value.

2. Try to make each page fit that positive/negative rule. So each page has impact, before you turn to the next one. Example: I had the Defoe sequence where he talked negatively about the angels, then positively, then went on to talk about another aspect of the plot all on the same page. I cut the latter – even though it was good dialogue – so the page is only about the angels. It makes for a smoother read. The golden rule in comics is ‘less is more’.

3. The biggest trap for new writers is ‘double action’. The protagonist is jumping out a window and at the same time firing back into the room. Except in some extreme case, it’s not physically possible. It’s double action. It IS possible to show the enemy firing after him as he jumps out the window, but it’s better to make the two actions separate pictures. New writers might also have a third party entering the room while this is going on. That makes the picture far too busy; it’s best to have only one thing happening in each scene. Of course if it’s a double page spread of a battle, then that’s another matter.

4. If there are two sentences saying the same thing, cut it down to one. Even if you’re fond of both, still cut one out. 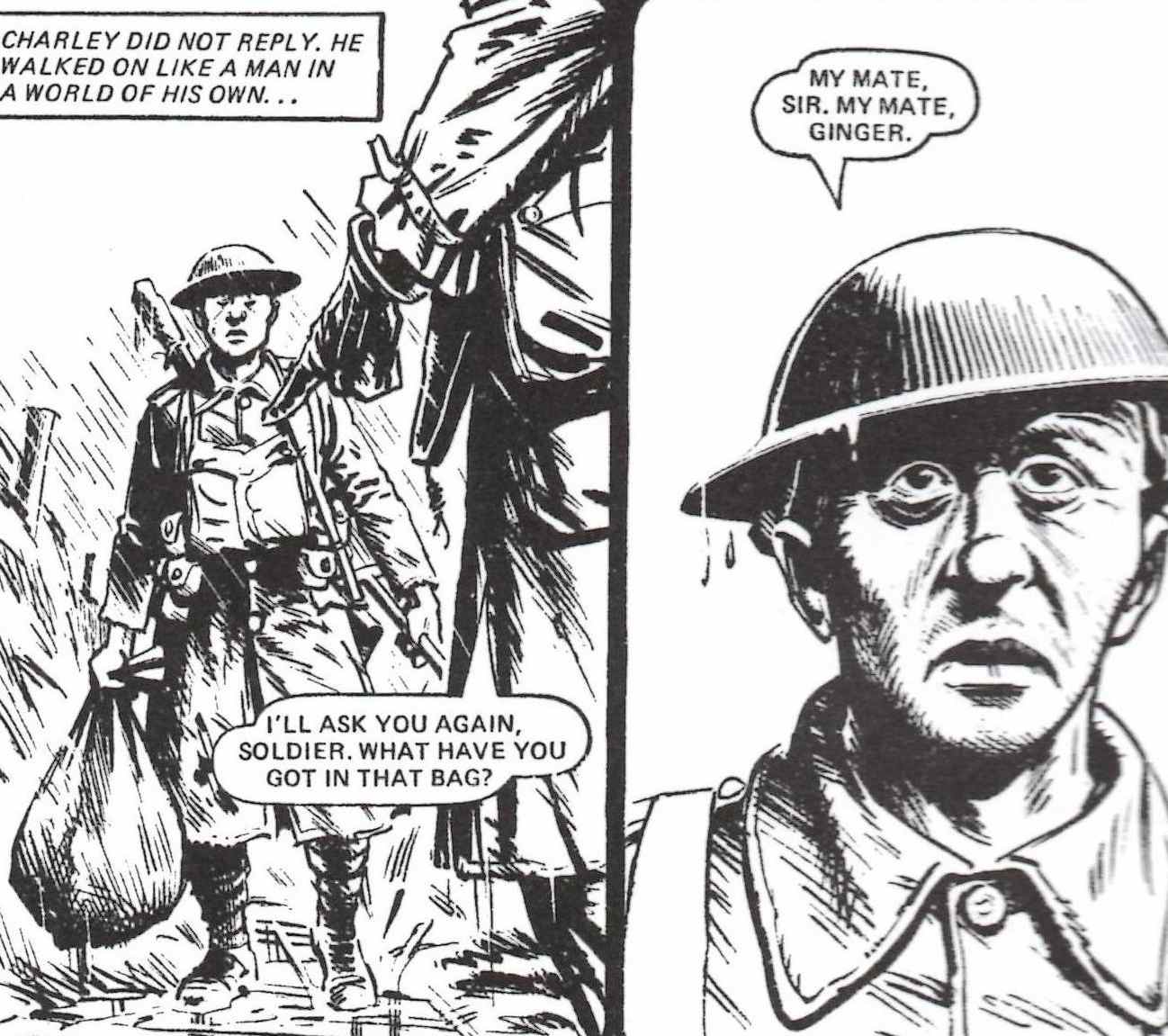 5. Look for opportunities to have ‘sequential art’ sequences. Where the hero or villain is coming closer and closer or further away from us over several pictures. So it flows like a movie. And to have headshots – generally one at least on each page. So everything is not ‘middle distance’.

7. If you’ve been editing for an hour, take a fifteen minute break. Watch a section of a movie or do something else so your mind switches off. Otherwise you’ll start to glaze over. You’ll come back with renewed concentration, a fresh outlook, and you’re more likely to scrap and rewrite a scene or some dialogue, rather than convince yourself it’s fine just the way it is.

8. Listen to the inner voice that tells you when something in a scene isn’t right. It may not be clear why and you may go through endless versions before you crack it. In the pre-computer era, I would regularly edit early 2000AD scripts over and over and over again until I was satisfied. So the page was a mess of my endless scribbles, sometimes in different coloured pens so the letterer could, hopefully, decipher the final version. Such in-depth editing was so rare in comics, that John Sanders, the publisher, once brought down his colleagues to show them my endlessly worked on scripts.

9. Don’t see the artwork and the lettering as nothing to do with you. My readers certainly don’t see it that way and generally complain to me. A few years ago, I was surprised to hear on a podcast a 2000AD writer talk in those terms, like he wasn’t responsible for those aspects of his story. I take a different view, even though I know I’m in a minority and complaining about poor quality art or lettering does not make me popular. So – some time ago – I thought the standard of lettering on ABC Warriors was particularly low and complained until it was eventually changed. Poor lettering will drag a story down. To me, that’s part of the editing process and I will indicate on the script when I want special lettering or when I think the letterer is not following my guidelines.

10. This is going to seem like a contradiction after 9), but, at the same time… Don’t be a perfectionist because the people you will be working with – artists and editors – are unlikely to be perfectionists. And, if my experience is anything to go by, they will not appreciate you challenging them when a job is under par. So you have no choice but to compromise. I am a perfectionist and I hate compromising and will rarely do so. The only way I can maintain the high standards I look for in comics is to write far less now. So I can really focus on the few stories I still write, drive the artists nuts, and ensure the final product is as perfect as I can possibly get it. That was how 2000AD was created – through my personal need for perfection and a determination never, ever to settle for second or third best. The reason I handed the comic over after about 12 issues had gone to press, and I had planned out the next 12, was because I knew I couldn’t maintain the same standard and I just wasn’t prepared to accept this. 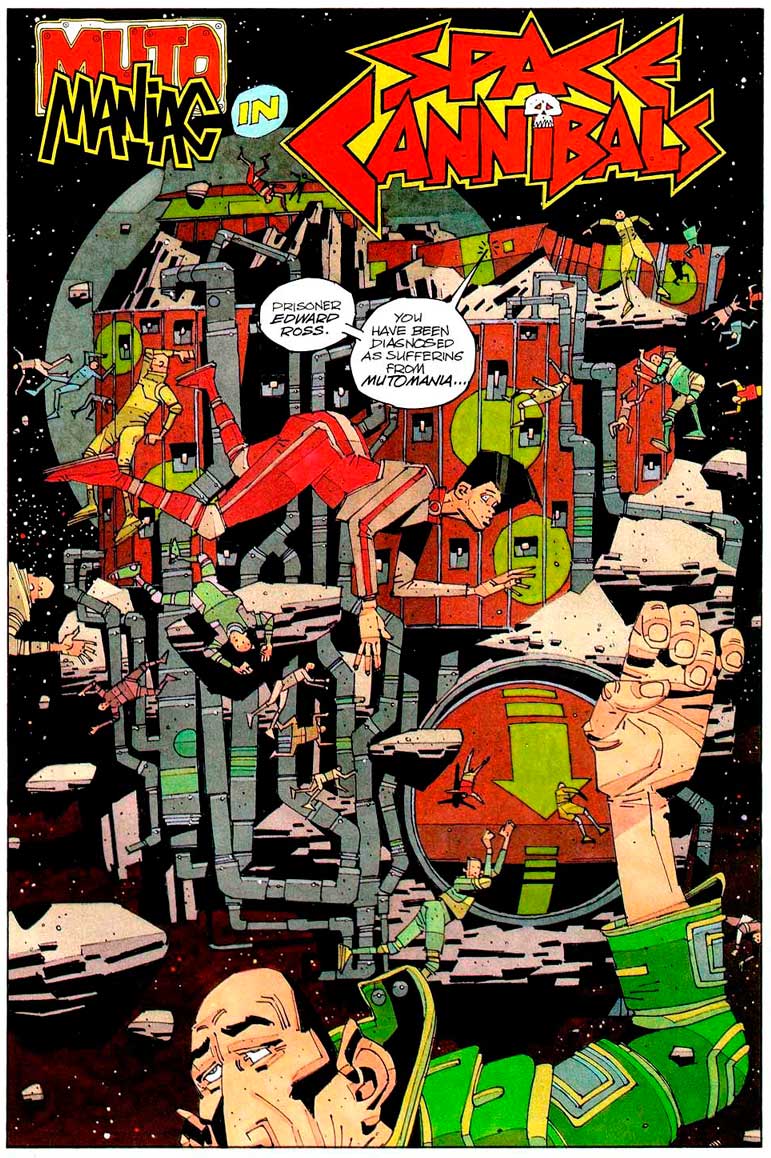 Even today I’ll avoid working with artists who are likely to rush their work, won’t take criticism, or just do a so-so job. In the past I’ve worked with exceptionally talented artists who were also perfectionists and I guess that’s spoilt me. Joe Colquhoun, Dave Gibbons, Brian Bolland, Kevin O’Neill, Simon Bisley and Mike McMahon are classic examples. I recall Mike would endlessly redraw his figures on Mutomaniac in Toxic! and he would ditch Dredd pages if he didn’t like them, even though they looked fine to everyone else. But we perfectionists are really not useful examples to you. You live in the real world, you have bills to pay and deadlines to meet, and being a perfectionist will not make you popular in comic social circles, which may matter to you. I’m told that Ron Smith, another superb Dredd artist, had an egg timer, and when the sands of time had run out he would turn the page he was working on to the wall. He knew he had to let it go.

That’s sensible advice. I won’t take it, but you should.