I recently received some questions from Catherine, a PhD candidate studying scary kids’ stories (cool, huh?), who is producing a sample Misty-inspired comic as her final project. She wanted to know how comics are produced and this prompted me to explain some of the inner workings of the creative process. I call it the Formula. 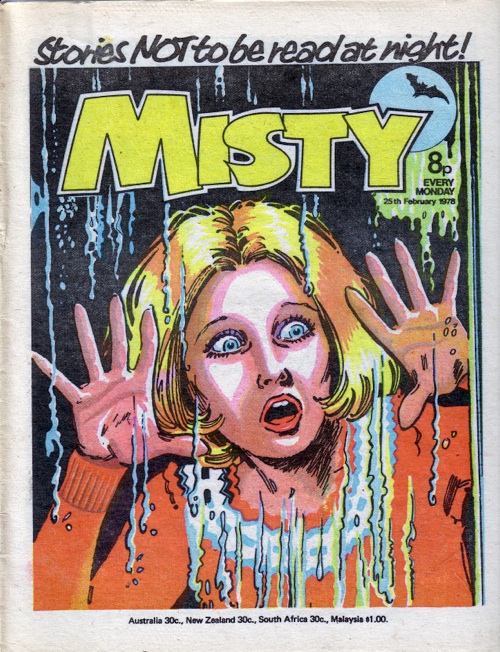 What I’d like to know is this: once you had been inspired by (for example) Carrie to write Moonchild for Misty what was the process?

Going back to the inspiration, the choice of material is definitely part of the Formula. I’ll hopefully write about my inspiration for male comic characters another time, although the Formula for creating male and female comics has some similarities.

The process begins by by picking a subject and a genre where there is strong evidence it will appeal to the reader. So one good way is to select a popular book or film like Carrie and come up with something in the same vein. 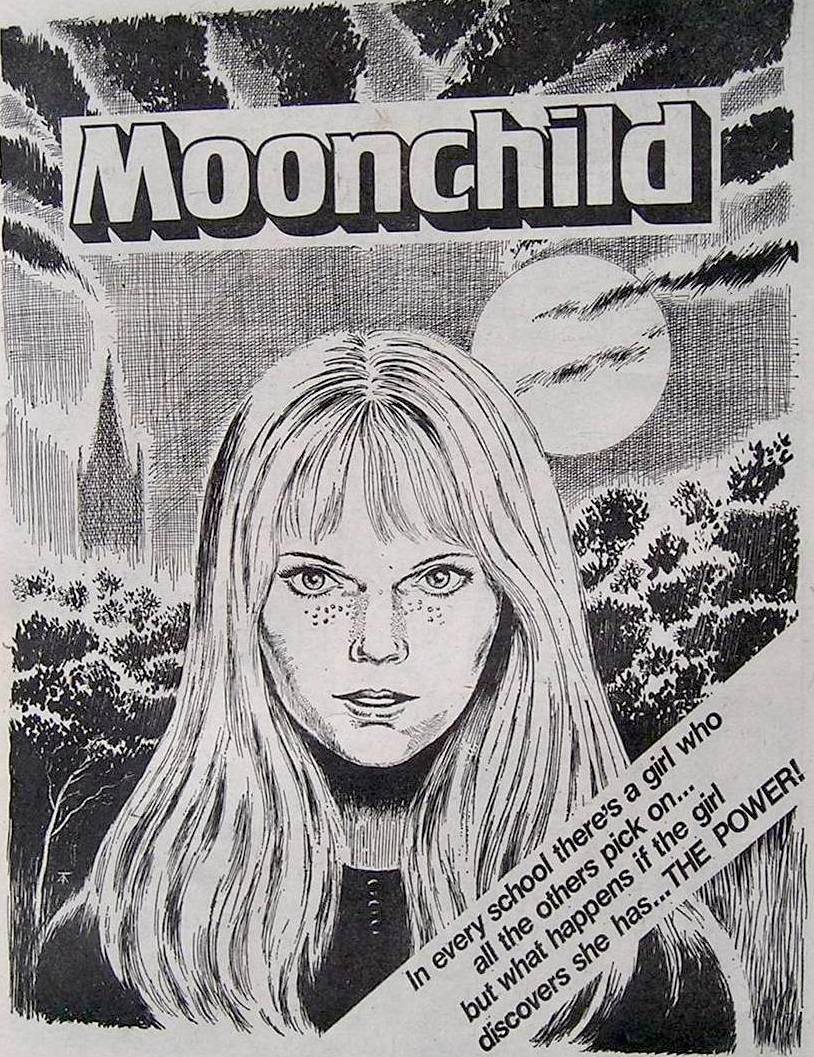 This isn’t always as obvious as it might look. So take for example the film Never Let Me Go. It’s about a boarding school where kids are used for organ transplants. This is perfect girls comic material, but it suffers from not having a proactive heroine. Guardian readers would doubtless love it, but not ordinary readers who the Formula is aimed at. It’s the only film I’ve seen where many of the largely female audience walked out. I felt the same way. It was very upsetting not to see the main characters fighting back. We’re not in the business of creating victims as role models.

So potential stories need looking at with the Formula in mind which includes a positive hero/ine.

Today, a perfect subject for a girls comic story – suitably toned down – would be the brilliant Gone Girl. We used to run anti-heroines almost as perverse, such as Ella On Easy Street and Cinderella Spiteful. (Both in Tammy)

In addition to Moonchild, I later wrote Hush, Hush Sweet Rachel about reincarnation, inspired by the best seller Audrey Rose.

The next stage is to relate to the character on some personal level. It’s a requirement of the Formula that you write something you know about and relate to emotionally. This gives a story heart.

So I have a mysterious moon scar on my forehead – probably dropped on my head as a kid which is why I write comics! – and this suggested the scar on the heroine’s forehead and gave me the title.

The weird mother was based on someone I knew and the school bully was a classic bully, the type we all know. So these elements gave me the confidence to make the story happen.

It then followed the rule of ascending drama, the situation becoming increasingly scary.

The main character also needs motivation. The heroine was driven by the need for a friend. In girls comics that’s a classic motivation. Not so in boys comics. Loners are cool and often preferred.

The title itself is important. Normally, it should have the protagonist’s name in it. There are exceptions where it’s legitimate to break this rule. For example my story Flesh in 2000AD. But generally it’s an important part of the Formula. If you look at most famous comic book stories they normally have the hero’s name in the title, except where the city is the character (Sin City) or where the theme is most important (carnivores in Flesh). This is a rule that creators ignore at their peril.

I also wrote with an artist in mind. I knew it was going to be John Armstrong, the number one girls comic artist. So this gave the story an edge. John is a master of facial expression. The wrong artist and your story is not going to fly. Thus I remember the artwork on Hush Hush Sweet Rachel – by Fito, I think – was not so hot and consequently the story was only fairly popular. Had it been drawn by John I’m sure it would have been a smash hit.

A final consideration on the visuals. Base the main character on someone famous. So I based Moonchild on Mia Farrow and this adds to the power of the art. Don’t leave this responsibility to the artist alone.

On the subject of art, sometimes the artist is seen by readers as more important than the writer. Other times the writer is seen as the star and the artist as secondary. Sometimes the writer or the artist see themselves that way. Both views are inaccurate. It should be a 50/50 relationship. Both story and art, scriptwriter and artist should have equal talent and status. When this doesn’t happen, the final product will suffer.

The writer/artist relationship is a complex one which I can enlarge upon another time if readers are interested.