Change of credit on Goodnight, John-boy

Change of credit on Goodnight, John-boy 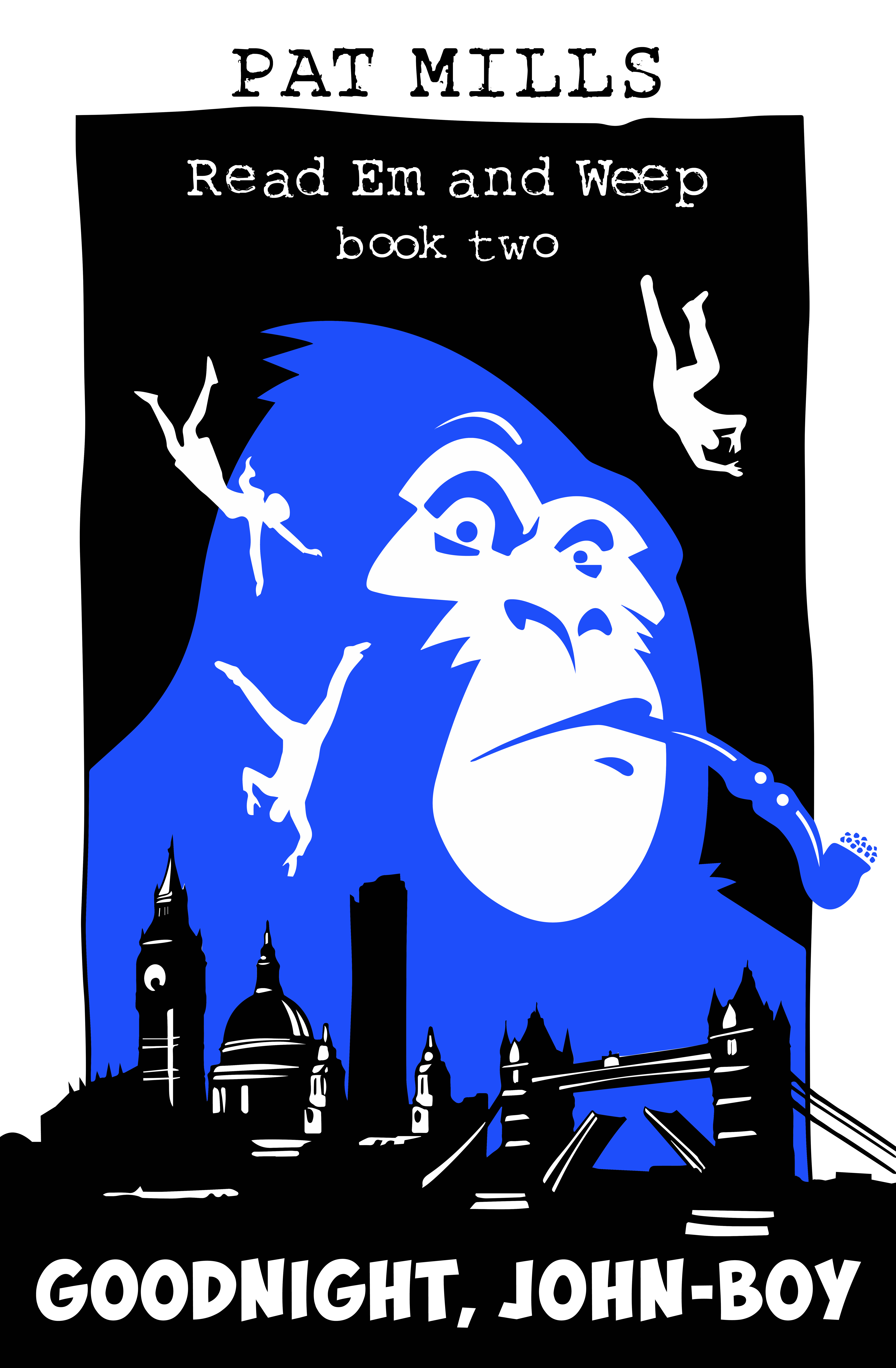 You will see in future ads for Goodnight, John-Boy that e-book and paperback editions now bear just my name, although the material inside is copyright by Kevin and myself.

This was an amicable change, based on the fact that I’ve written the novelization and therefore Kevin felt it should just bear my name.

So I should probably explain a little about the background of the series.

Read Em and Weep began life as a proposed TV sitcom, written by Kevin O’Neill and myself, which was green-lit by BBC producer Gareth Edwards. Unfortunately, he couldn’t get it past his boss who turned it down because comics were ‘too niche’ and the scenes possibly high-budget. We had similar reactions from other TV companies.

But the more we worked on the series, rewriting scenes to suit various producers’ requirements, the more fascinated Kev and I became with the world and, especially, the central character of Dave. Adapting our scripts into this series of novels has turned out to be the ideal solution

We were able to work together on Book 1: Serial Killer, adding new material, but it proved impractical on Book 2 as I’m now based in Spain and Kev is in London. But Goodnight, John-Boy is still very much a development of our original scripts and new ideas we came up with last year.

In particular, there are some gem scenes in Book Two that I recall Kevin devised and which still make me laugh. Among them are Gas Mask – the comic book character who inhales gas to make him invisible – apart from his domino mask, which remains visible. So the bad guys need to keep him away from breathing in the gas from the Ascot water heater. Comic aficionados will recognise that the Steel Claw was the inspiration here: a guy who could stick his fingers in an electric socket and become invisible, warning the young readers: ‘Only I can do this and survive.’

Another of my favourite scenes in Book Two is Dave’s disastrous TV interview with Quentin Cowley. Quentin hates Dave’s comic Aaagh! and prefers the magazine he grew up with: Homework. That was pure Kevin. Just recalling Kevin’s enunciation of Quentin when he describes Homeworkas ‘a paper university’ cracks me up.

Then I added new material, as a novel opened up new possibilities. For example, the scene where Dave is nearly killed by a comptometer. Comptometers were thunderous, heavy, mechanical calculating machines, which looked like small versions of the enigma code-breaker, and really should have featured in comedies before now. For instance, if you set a comptometer impossible long division tasks it goes absolutely insane and seems like it’s going to explode. Great fun for me when I was a teenage office clerk. Back then, a work colleague was leaning over my comptometer and his tie got sucked into the machine’s whirring mechanical innards and it started to drag him in and strangle him. I managed to switch the machine off, but I can still see that look of horror and panic on his face. I can also recall thinking, ‘Shit! This will make a good scene for a story one day.’

I shall miss Kev’s direct involvement on future volumes. Much of Read Em and Weep was written in crowded bars, with me scribbling down notes to type up later, made trickier as I’m one of those people who can’t read their own illegible handwriting. It had to be a crowded, noisy pub, as Kevin found that most inductive to creativity. So the Oxo building bar was a favourite. We actually wrote much of the Marshal Law Origins text novel under similar conditions. It’s a pity it wasn’t possible this time around.