I recently received some questions from Catherine, a PhD candidate studying scary kids’ stories (cool, huh?), who is producing a sample Misty-inspired comic as her final project. She wanted to know how comics are produced and this prompted me to explain some of the inner workings of the creative process. I call it the Formula. You can read Part 1 – Inspiration, here.

Catherine kindly sent me this photo of her with her class, taken while they were looking at my blog. She’s the one in the stripy jumper. 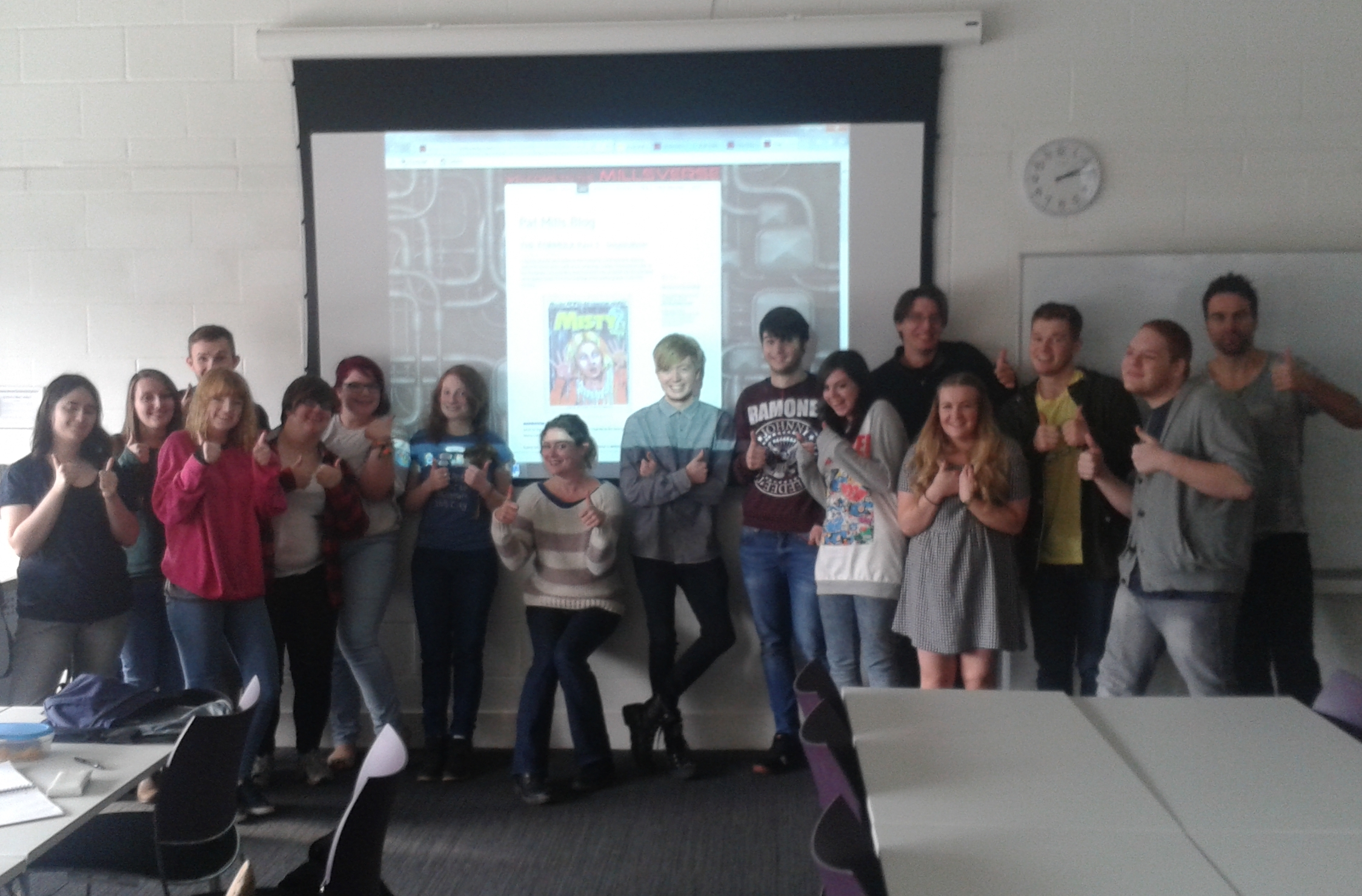 Did you write Moonchild as a story then rewrite as a comic?

Today every comic story would be written as a synopsis and followed up with an episode by episode breakdown. Back then it was common to just give the editor a quick summary and then work the story out as you go along.

This has certain advantages; it allows for spontaneity and to get deeper into the characters as you write and make changes to the plot as you go along. But you can do that anyway with your outline. An outline might still leave characters and plot details to be developed. Too much detail can be a pain to read. Broad brush strokes is the rule.

A synopsis or pitch could be one page in length. An outline might devote a page to each episode. It covers the thrust of each episode, how it starts and ends. Every episode should feature the protagonist in a proactive role. Sometimes winning, sometimes losing.

So an outline or synopsis will have something in common with a text story but will be more clipped and generally lacking colourful descriptions or purple prose. It might include snippets of dialogue. Mine certainly do, they help me when I’m scripting later.