I’ve noticed that many writers deny they’re motivated by anything other than just the desire to make money. In British comics (certainly pre-2000AD), speed-writing was the norm and you were seen as a freak if you took time and care over your storytelling.  Payment rates were deliberately kept low by publishers, to encourage writers to knock out stories as fast as possible. In fact, ‘pissing stories off’ was a cause for congratulation, not criticism. There were no by-lines, the author’s name was blacked out on the script and artist’s signatures were whitened out on the artwork. That way, publishers could dispose of stories in any way they wished and ‘divide and rule’ over creators. The result was that writers stopped caring what happened to their work and were indifferent when others took over their stories or characters without acknowledgement or remuneration. I’m seen as ‘difficult’ because I object to these last-century, archaic practises, some of which still persist.

Kevin and I used those unhealthy attitudes to characterise our Dave Maudling in Serial Killer.  Here is Dave on the subject when he asks for the help of an agony aunt with his problems.

Were you ever happy, Dave?’ she asked him through her smoke cloud.

There was a long pause and then he replied with a more glum and deadpan expression that even Clement Freud could never hope to match.

‘Not that I can recall.’

‘I enjoy writing the invoice. The invoice is the most creative part.’

‘Well, the full stops were pretty impressive and I liked the ellipses, too.

I’m not convinced by Dave’s opinion. He’s simply emotionally shut down. Other writers have different motives for writing that appear to be more valid,but are still not the complete answer. Here are some typical ones:

Wanting to disconnect from the real world and escape into your own immersive world where the characters play by your rules. Catharsis for childhood trauma. Loss of happy childhood. Injustice. Love of travel or history. Exploring the mysteries of life. Exploring the esoteric world. Exploring relationships. Wanting to make people happy.

I’ve certainly been motivated to write by issues around childhood poverty, parentage, politics, religion and so on. They can be valuable story material, and even provide a catharsis.

A lot of writers would be happy to leave their motivation at this level and not go any deeper. You might feel that way yourself, in which case I recommend you skip this next section. It’s certainly what society encourages. Too much introspection is likely to be frowned upon as navel-gazing. So we accept that many people, notably writers and artists, are ‘driven’, passionate or even ‘really weird’ about their work and then we just forget about them. We might even acknowledge that they’re inspired by the muse, but to analyse what that actually means would be seen as pedantic and pointless. Because there is no accepted vocabulary to identify, describe and chart the complexity of the muse. The process is made more difficult because the muse interacts with everyone in unique and unrepeatable ways. Yet it’s at the core of why we write, draw or carry out a thousand other creative pursuits. If we acknowledge our muse, we draw on her boundless energy; our creativity is enhanced; we avoid stories, editors and publishers that we previously thought were right for us; and we have a far, far clearer sense of where we are going creatively and why. Even more important, doors surprisingly open that were previously shut in our faces. Valuable co-incidences will abound, beyond the acceptable and easily dismissed quota for a rational world. She is a dynamic force that makes creativity endlessly exciting. 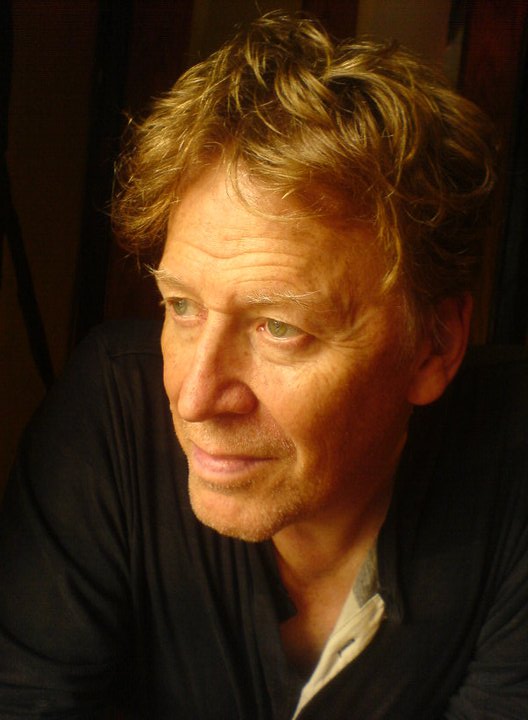 If that sounds fanciful, consider Mark Twain’s words on the subject. ‘The two most important days in your life are the day you are born and the day you find out why.’

Your muse knows the reason why. She is the reason. She is the enemy of mortgages, complacency, cutting corners, an oppressive status quo, and a sedentary existence, yet she does not demand impossible goals that you can never hope to attain.

When she is ignored, blocked, or no longer listened to, you can see the subsequent greyness in a creator’s work. The muse has left the building.

By comparison, I’ve noticed artists and writers who are partly or wholly self-taught are more driven by the muse than those who suffer the often dampening effect of a conventional education by the gatekeepers of the status quo. If you look at the amazing, self-taught comic art of Kevin O’Neill, Stewart Moore, John Hicklenton and Simon Bisley, you can see they are undoubtedly driven by the muse. Not just by their individual circumstances and background but by something other.

The muse is thwarted in her desire for you to write in endless ways. The Resistance says ‘You can’t do it.’ ‘There’s no time.’ ‘No one wants to read what you have to say.’ ‘It’s silly.’ ‘It’s irresponsible – you need to put your family first.’ ‘Yeah, but…’

Overcoming the Resistance is the subject of The War of Art by Steven Pressfield. He says, ‘The more important a call to action is to our soul’s evolution, the more Resistance we will feel about answering it. But to yield to Resistance deforms our spirit. It stunts us and makes us less than we are and were born to be.

My favourite quote from the book is, ‘Resistance is always lying and always full of shit.’

I’ve seen at least two potentially great writers fall victim to the Resistance. I wish I’d know about The War of Art because I’d have bought it for them both. It might just have saved them from going down creative cul-de-sacs and, eventually, giving up. In one case, they were basing themselves on other writers, rather than themselves. That damned Dickens trap I mentioned earlier. In the other case, although they were gifted with the art of writing, and had a talent for dialogue I envied, they weren’t paying attention to the craft of writing. Instead, they ignored the craft, took short cuts, and paid the price.

Pressfield’s book says it all, so there’s not much for me to add about Resistance. Except to stress that common ways of suppressing the muse are through a 9-to-5 job, family commitments, bills, fags, and booze. You can’t possibly give them all up, but there are ways around these suppressors if you listen to the muse.

Next week I’ll introduce you to my muse and give you some pointers on finding yours.