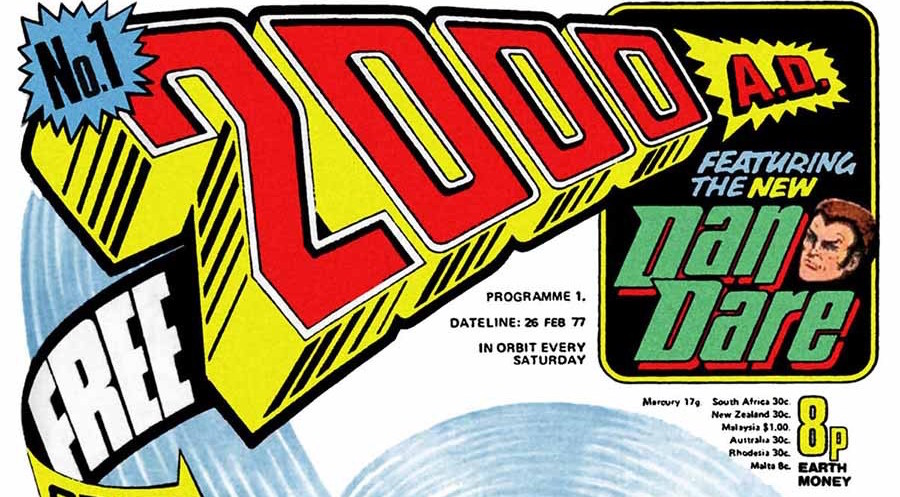 IT’S A MIRACLE, BUT WE MADE IT!

February 11th sees the 2000AD convention and a celebration of the comic’s 40th birthday. It’s also the official launch for my text novel Serial Killer, with a signing at Gosh! bookshop the day before. Serial Killer is the first book in the Read Em and Weep series, a black comedy crime thriller about comics, murder, and revenge for a lost childhood, co-written with Kevin O’Neill. It’s available as an ebook on Amazon

now (for a limited time at the special low price of 99p), and will shortly be available as a paperback, too. 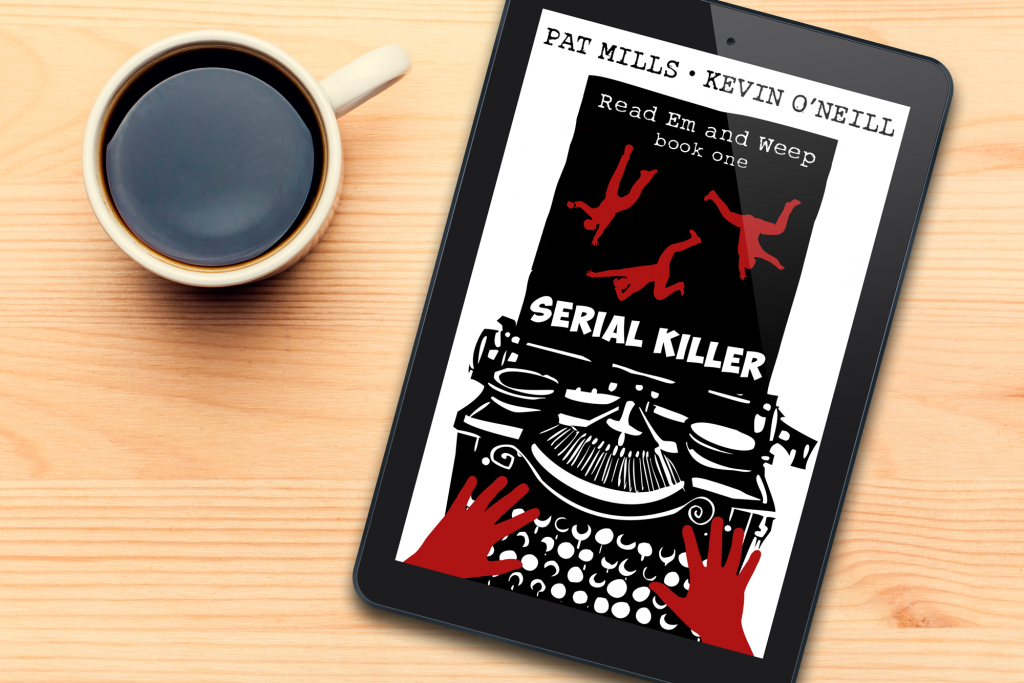 You don’t need a Kindle to read Serial Killer: you can use the free Kindle App on your phone or tablet.

Naturally, I’m delighted 2000AD has hit 40, and I’m often asked about whether I thought it would do so. Normally, I keep my answers light and frothy, because that’s all the press want to hear and it wouldn’t be appropriate to say otherwise at a birthday party. We’re there to celebrate, not recriminate, so I’m sure that’s what I shall be doing on February 11.

But I thought I’d briefly share with you a very different perspective which pays tribute to you, the readers –rather than us creators – for hanging on in there when the comic went through some truly terrible times, which would have destroyed a lesser publication. In other words, the reality, rather than the cappuccino comics version I shall be happily talking about when I have my party hat on on February 11.

The reality is I created 2000AD in a poisonous wasteland of negativity, passive aggression, bitterness and jealousy, verging on outright hatred. Something I’ve never experienced on any other publication I’ve worked on before or since.

It was like I was the enemy for creating a comic that raised them out of their toxic slough of despond and perhaps their hoped-for redundancies.

This toxicity continued on and off, attracting and encouraging new dysfunctional individuals, despite any cosy bullshit you may have read elsewhere, at least through to the terrible 90s and the millennium. There the supposed 2000AD party turned into a buy-your-own-drink in a basement pub and a long, sustained and venomous attack on my writing abilities by the editorial team. (Something to do with time continuity on Nemesis The Warlock.)

It took Rebellion taking over the comic for some sanity and maturity to return and the comic to re-discover its patiently-waiting audience. I think the last sixteen years have been a relatively calm period with some excellent stories and art, and they are sometimes overshadowed by the earlier more colourful, turbulent years.

The reason is simple – the staff actually seem to like the comic they’re working on.

Most of us creators have endless examples of just how toxic and dysfunctional those pre-millennium years were.

For now, I’ll confine myself to one example. My brief was to create 2000AD, ensure it was successful over its first crucial four or five months, appoint an editor to take over from me, and then move on to creating a new comic. Just as I’d done before on Battle and Action. My next planned comic was Misty.

The publisher and I couldn’t agree financial terms on Misty, so, my work on 2000AD complete, I prepared to return to freelancing. To my surprise, my 2000AD editor-designate – who I had appointed – made it very clear that he didn’t want any stories from me. I felt an itch between my shoulder blades, and thought (not for the last time on 2000AD): ‘Shit! I’ll have to find some other freelance work in a hurry!’. So I rang up Jinty from the 2000AD office, and desperately lined up some girls comic work to pay the bills.

It was only after a gap of a couple of months or more that other counsels prevailed at 2000AD and I was approached to write stories for my own creation.

This example could be repeated endlessly, not just by me, but by other creators; it was a negative and fractious environment where only two things sustained me: my affection for the original publication, and the readers. Nothing else.

How you readers were patient through the bad times, I’ll never know. I would often read letters saying something rather desperate and hopeful like ‘2000AD is crap at the moment, but it’s got to get better soon. It’s got to.’

I guess it was because of memories of earlier favourite eras, but the readership hung on in there and – eventually – just after the millennium it came good again and there was a progressive reversion to the classic 2000AD universe and new stories in that tradition, rather than pathetic attempts to imitate Vertigo or turn the comic into Loaded, etc.

So I want to thank everyone for doing so – I seriously doubt I’d have had your patience and tolerance!

(Private Eye was my personal 2000AD which I bought avidly, every fortnight, for years, but gave up on when the current editor took over because it wasn’t ballsy enough for my taste.)

If you’re wondering how much comic toxicity is covered in Serial Killer, you may be disappointed to know that – whilst there are a number of surprising revelations – fiction can never compete with real life. Because my criteria for including material in the novel was – is it funny? Can it be made to be funny? If it wasn’t funny, or – occasionally – very emotional, I didn’t go there.

Some of the examples in real life were just not funny at all. You could read them and weep.

So, on February 11th, I’m genuinely looking forward to having fun – by enjoying the excellent company of you, the readers, who, miraculously, rose above it all. Even if you don’t buy the book, stop by my table to say hello.