3
Welcome to The Liquorice Detective Club, an homage to Dave Maudling, the liquorice pipe-chewing, fur-obsessed man-child protagonist of the Read Em And Weep series. If you’d like to be a part of this beautiful happening, send us a pic of yourself with a liquorice pipe and a copy of Serial Killer (optional). It can be the ebook cover on your phone or ereader, or a paperback. Hat, gorilla suit and any other tomfoolery are all welcome. Send us a pic at millsverse@millsverse.com, or on Twitter: @millsverse #LiquoriceDetective or Facebook: www.facebook.com/millsverse/ 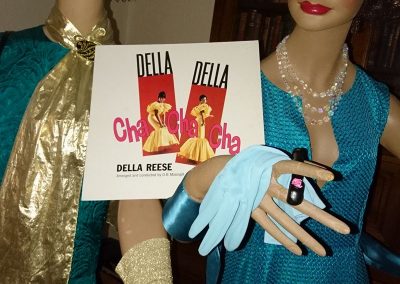 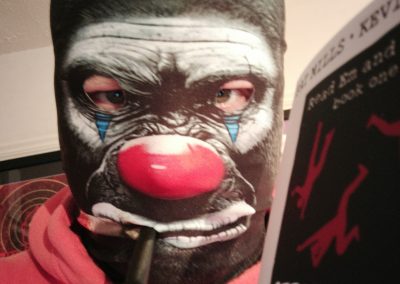 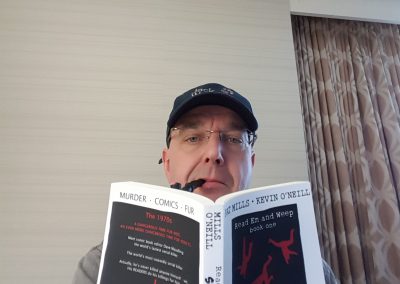 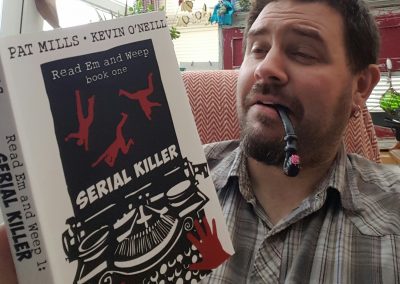 Russ doesn’t even like liquorice, but ate the pipe anyway. He’s mildly concerned about developing a fur coat fetish. 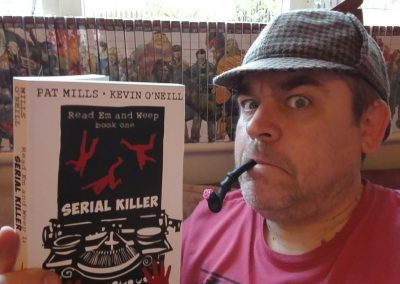 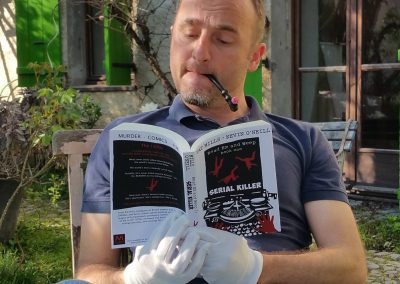 When the good taste Police will knock at my door I will be able to deny everything! (the book is even not signed in my name, clever me) 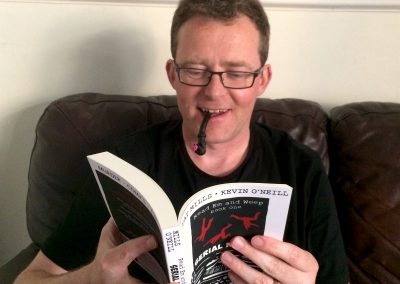 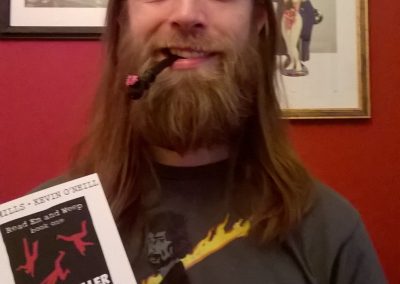 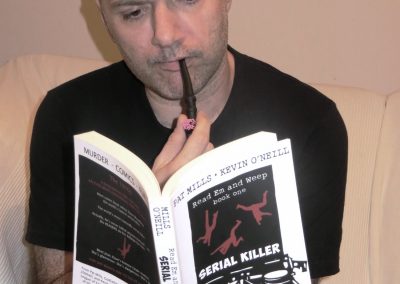 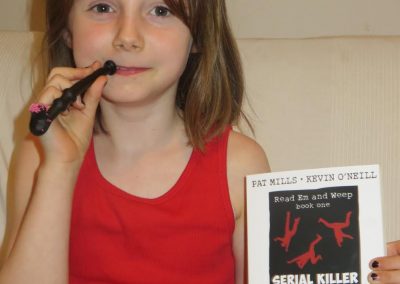 Jason’s daughter Alice is shaping up nicely as a young lady of excellent taste. 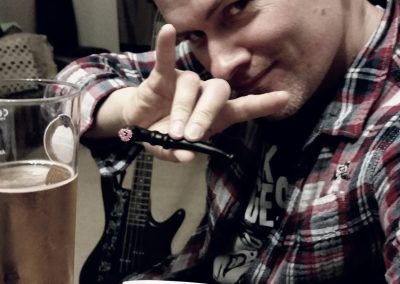 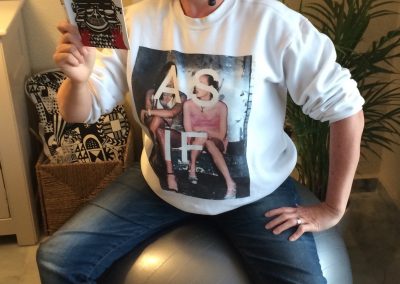 Lisa’s just been told she has to model Dave’s Caning Commando Sweet Cigarettes next! 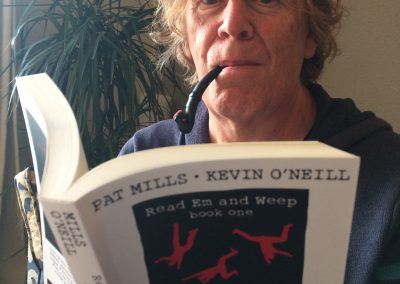