Really looking forward to 2000AD’s 40th Anniversary Festival next February at the Hammersmith Novotel in London. Hard to believe it’s been 40 years since it all kicked off! 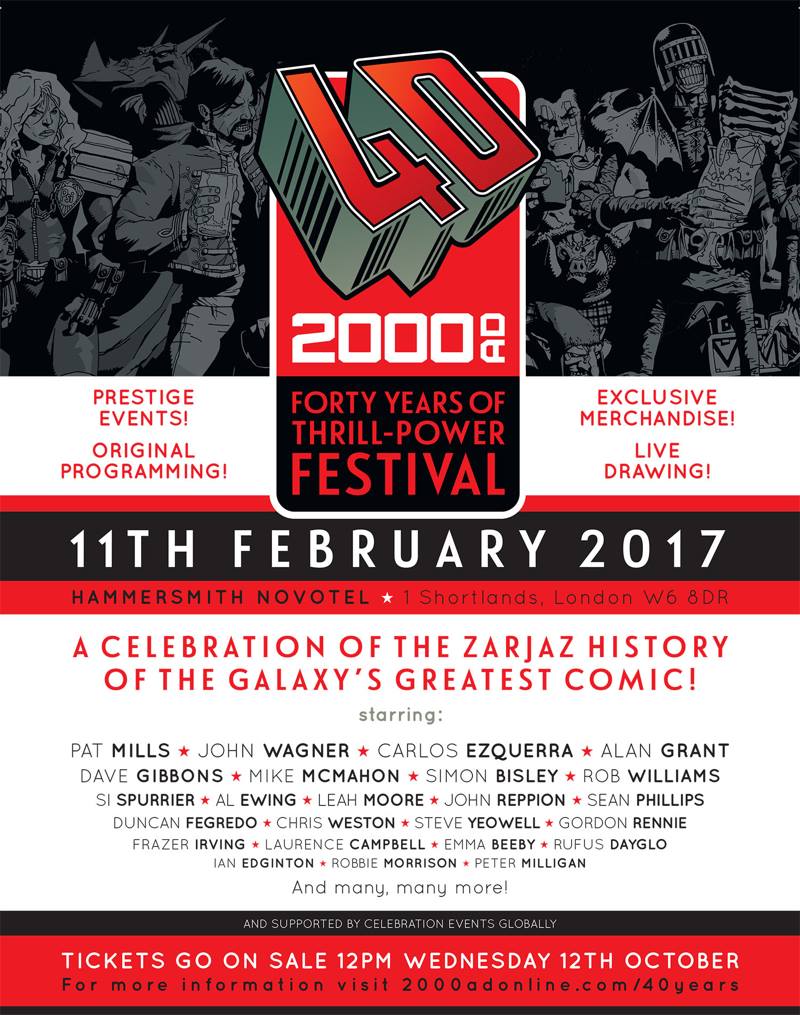 As well as enjoying the celebrations for the Galaxy’s greatest comic, I’ll be joined by Kevin O’Neill to launch our new text novel, Read Em And Weep: Serial Killer. It’s a darkly humorous account of childhood revenge, strange passions, eccentric characters, murder, and the search for truth, set against the backdrop of British comics publishing in the 1970s. It isn’t niche, or only for nerds. It has sex, violence, and a comic book editor who isn’t just a serial writer: he’s a serial killer!

Kevin and I will be doing a book signing on the day, and will also be ‘in conversation’, talking about the strong connection between Read Em And Weep and 2000AD, how the story came about, and the enormous fun we had creating it. Knowing us, will be a lively affair, so be sure to come along!

Join the Millsverse to stay up to date on Read And Weep News plus other updates – and get a free digital copy of Requiem Vampire Knight: Resurrection!

← ANGUS, ANGUS & ANGUS DEMAND AN APOLOGY AN ACT OF REBELLION →