SIX OF THE BEST!

Create a villain for the Caning Commando to thrash and win SIX books!

Submit your entries by Friday 23 November

Sorry! This competition has ended.

THE CANING COMMANDO WILL GIVE YOU SIX OF THE BEST!

All signed by Pat, plus

The Judge Dredd and 2000AD colouring book by Carlos Ezquerra 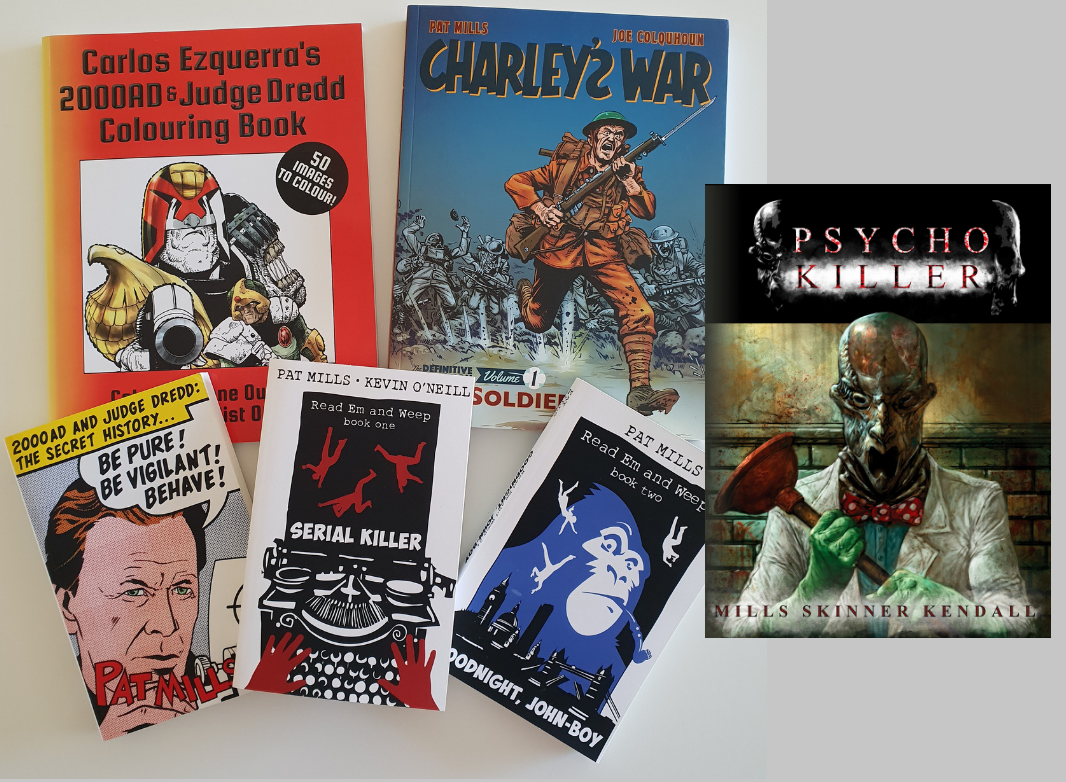 BUT WHO IS THE CANING COMMANDO?

Many of you will have grown up reading The Spanker, starring the Caning Commando, the schoolmaster recruited by the War Office to use his legendary caning skills on the Nazis. A stern disciplinarian, he would tell his pupils, ‘My cane is the sieve which sifts the weight of scholarship from the chaff.’ Then he turned his cane on the enemy: ‘I see Germany as one big arse that needs a colossal thrashing.’

Hugely popular with the readers, in 1964, during the mods and rockers riots he led a campaign to ‘Belt up Britain!’ encouraging dads to discipline their children and put an end to juvenile delinquency. At the height of his success, there were Caning Commando annuals, toys, games and sweet cigarettes ‘for tomorrow’s smokers’.

Below is a list of past villains the Caning Commando fought, to get you in the mood for coming up with your winning villain. 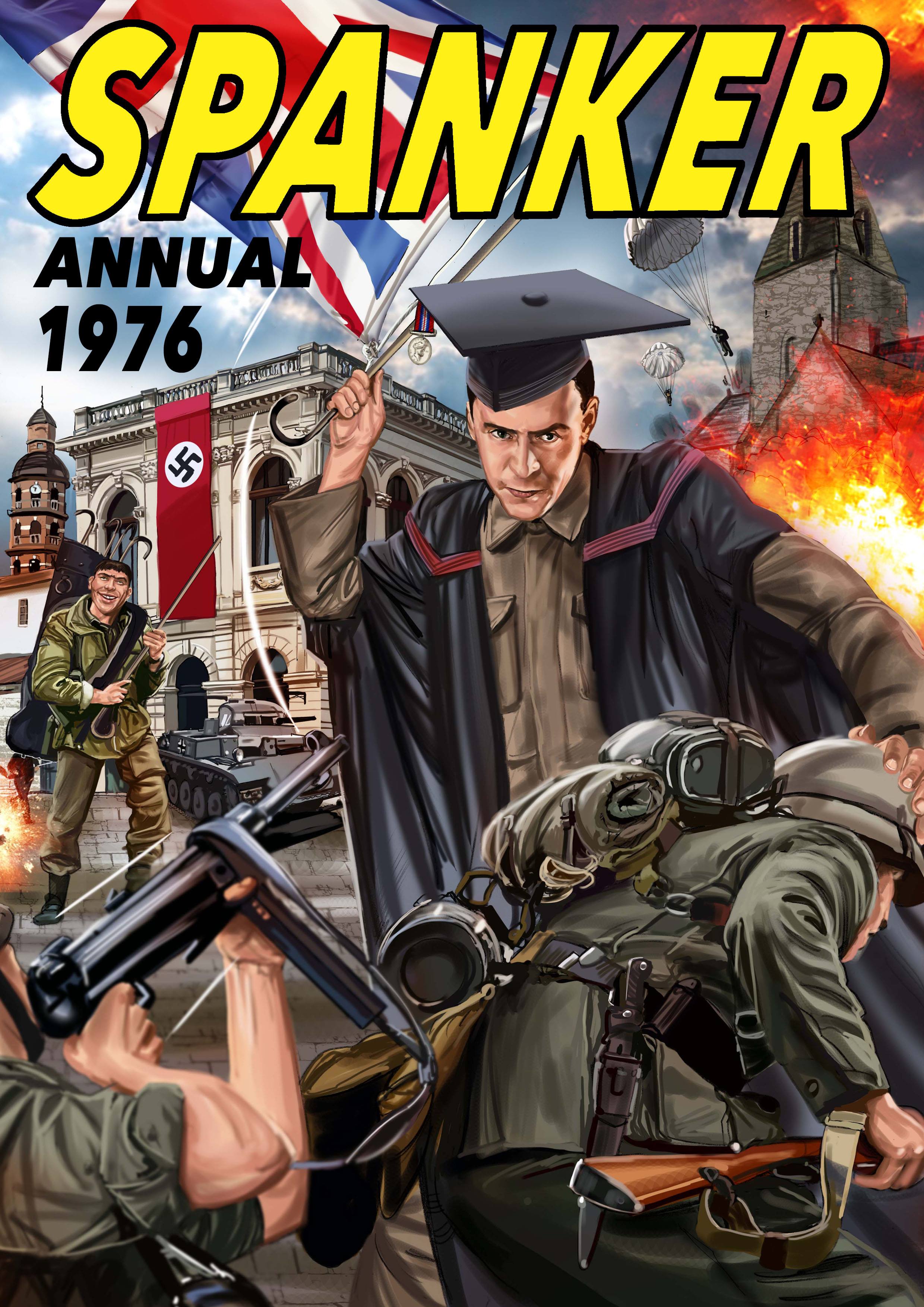 The Caning Commando’s greatest enemy was undoubtedly the Oberspankerfuhrer, leader of the feared Wackem SS, who drives around in his Underpanzer. His much feared canes were attached to the periscope of a U-Boat for six months, so they’re hardened in brine. He was also known as the Blue Man because his arse was frozen solid on the Russian Front. In Rear Window, the Commando thwarts the Oberspankerfuhrer’s dastardly plot to thrash Winston Churchill.

Lord Ow! Ow! The rival schoolmaster and traitor who challenges the Commando to a caning duel.

Moriarsey, another of the Commando’s greatest enemies, returned in the The Bottom Line. He drugged the Commando with a dragon smoking hollow Malacca cane filled with opium, intending to thrash him to death with the spinmeister, an automatic caning machine.

In The Bum Note, Arsene Arsebender, AKA The Phantom of the Opera, a mad German composer, kidnapped virtuous schoolboys to form a choir that sings as it’s thrashed.

Get stuck into some Canning Commando action! Have a read of Rear Window (featured in Goodnight, John-boy).
READ REAR WINDOW

Now’s your chance to do some creative jamming. Come up with a great villain to face the Caning Commando.

All you have to do is come up with a great name for a villain. And Pat will do the rest!

It can be any kind of villain – an enemy soldier, a caning robot, a vampire, it can even be a Bumpy Man! 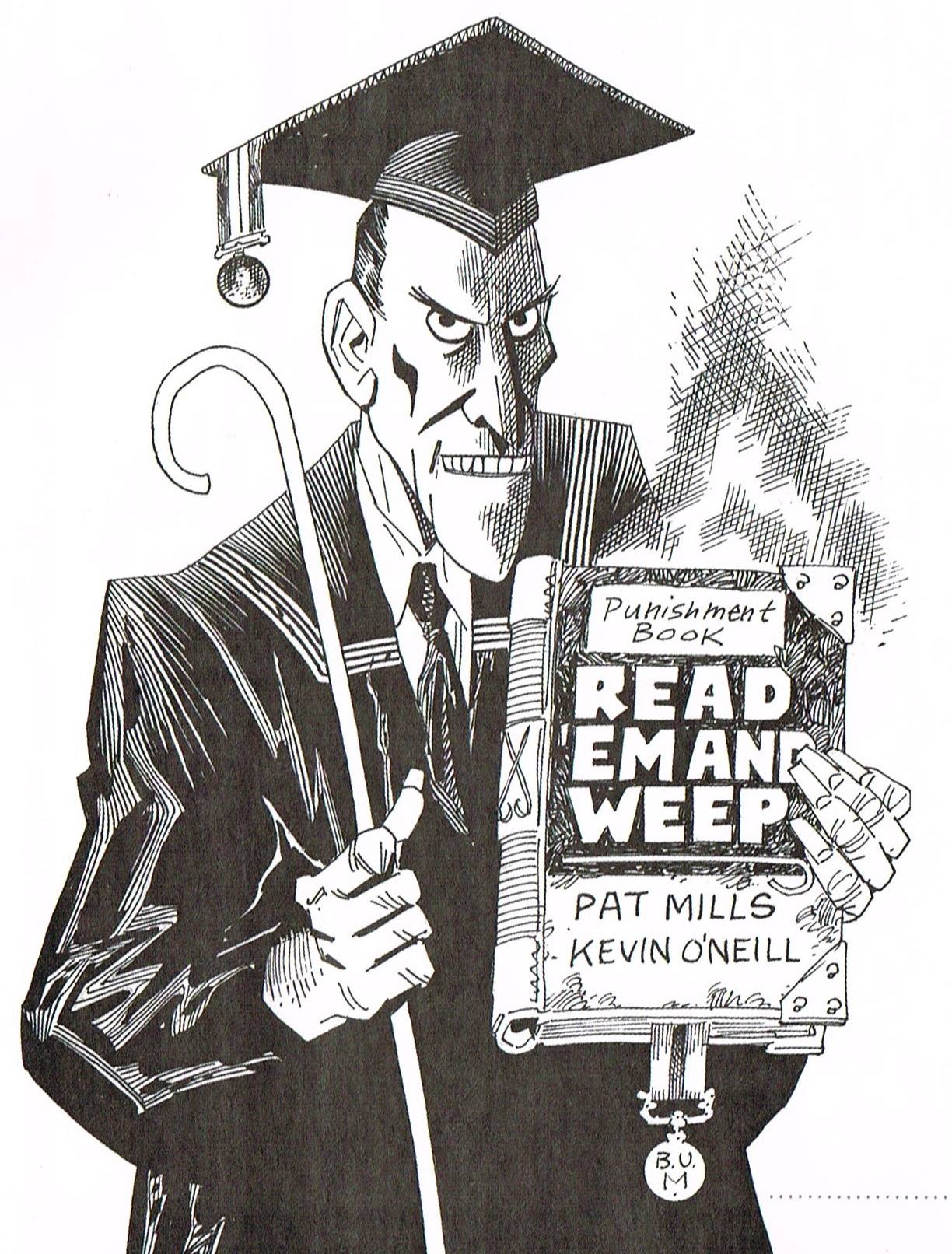