A story for Halloween.

A Scottish fan reminded me of one of his favourite scenes in Sláine. It’s also one of mine, which is why I endlessly repeat it in my stories.

The original version was beautifully drawn by Glenn Fabry and shows Sláine looking longingly after his son Kai, who he’s lost forever.

The fan’s reminder came, appropriately, at Samhain – the Holiday of the Dead – when the veil between the Living and Dead is drawn back. At this time we are united briefly with old friends and loved ones who have gone on before us.

So as the veil was duly removed and I looked into the Celtic Mists of Time, I remembered a close Irish ‘friend’ of my family from when I was a young boy.

A friend who was regularly under the influence of the now infamous ‘Bucky’ tonic wine, made by the Benedictine monks.

The assumption today is, probably, that over-indulgence in Buckfast tonic wine, is a new social problem, particularly in urban Scotland. But that is not the case. The Irish version of Bucky (in a different bottle and a different colour) was/is particularly popular with the Irish urban working class. My friend, who regularly imbibed Bucky, came from a particularly tough part of Dublin.

And, as I look back through those Mists, I recall that Bucky was the trigger for some of his more colourful and Sláine-like behaviour.

I remember he was regularly drunk, causing consternation from the neighbors, so it was decided not to answer the door to him. In impatient response, he opened our front door with his shoulder and we had to buy a new door. But he was not violent to women, only our doors and walls, which I know seems unlikely but that’s my clear recollection. In fact, he liked to pick fights with those who challenged our family’s honour and reputation. His heart was always in the right place, as far as I was concerned, he could do no wrong, and I saw him as a Hero.

Because I saw myself as Kai to his Sláine. Although he was not the only contender for that paternal role.

I remember he was a tram conductor (after he was sacked from British Rail for fighting). I can see him now play-fighting another conductor with those 10-foot-long wooden poles they used to switch the tram lines. He was like a warrior out of Braveheart charging his rival with his lance in riotous horseplay.

He had many weaknesses, such as ‘living out of the bag’. Tram conductors would spend the fares they collected and pay it back at the end of the week when they got paid. But I conveniently hived off his bad side, which became personified as Ukko. The bad stuff my Hero did was always down to that scheming evil dwarf. ‘Ukko’ was responsible for all the ‘get rich quick schemes’, the borrowing money, the false promises, the blarney that never came to anything. But never, ever my Hero. No wonder Ukko needed regular beatings.

My most abiding memory of my Sláine is at Halloween. We had gone round to his family for Halloween games and he introduced me to the fun of apple bobbing – the apples float in a tin bath and you have to try and pick them out with your teeth. He was hilarious. He was the life and soul of the party. I wished, like Kai, I could have always spent Halloween with him.

And Bucky seems to have played an important role in his life, just as mead did with Sláine. So I looked it up today and, of course, it says it’s ‘wreck the hoose juice’ in Scotland and in Northern Ireland.

Now I’d have thought the Irish south of the border, under the influence of their superior version of Bucky, would have caused more chaos than their Celtic cousins. (One article says that 40% of Scottish prisoners locked up for violent crime put it down to Bucky.)

But a search of the web shows no such results for Bucky in the Irish Republic. Are the Irish more controlled than the Scottish? What happened to the Warp Spasms? It’s disappointing and I wonder if it’s the Irish media still covering up for those abusive Benedictine monks who seem to have been even worse than the Christian brothers I was taught by.

Anyway, this Samhain memory suggests that Bucky – as popular and as lethal as ever today – played an important role in my creation of Sláine. And it’s gratifying that Catholic monks’ endeavours have helped to create a legendary pagan hero.

It’s all lost in the Celtic Mists of Time, of course, and my ‘friend’ has long gone on to Tir Nan Og, but I know what I have related is true.

We can’t get Bucky where we live, but – as the Living and the Dead are united at Samhain – I raise a glass of red (caffeine free) wine to my lost Hero. 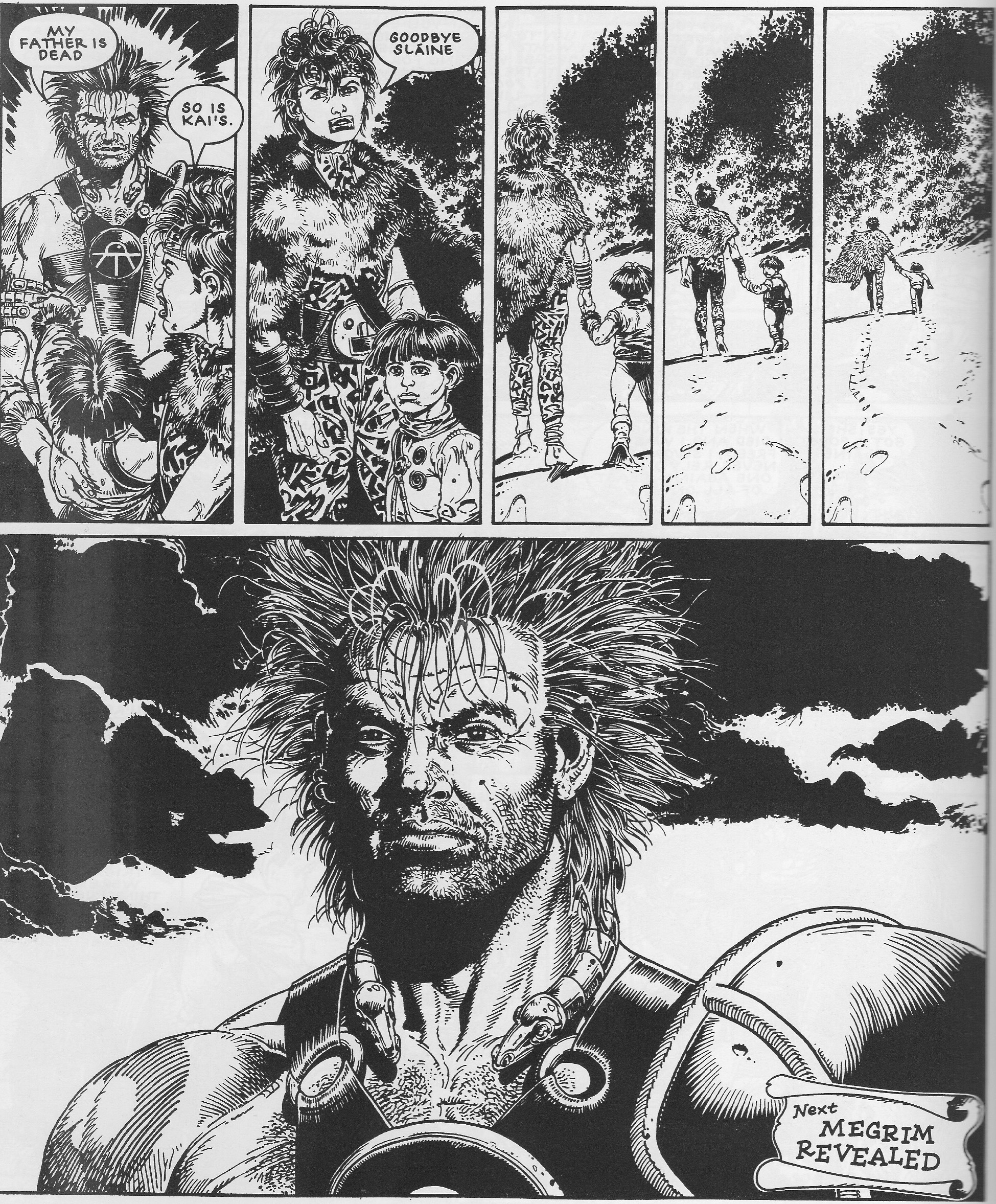