What is a step breakdown? It’s a VERY brief summary of your story: key characters, plot points and of course, the ending. A one or two page step breakdown requires no effort for a script editor to read and they can see at a glance where the problems lie and how valid the finale is – even though it may have taken you weeks to work it all out in comprehensive detail and then boil it down to almost nothing! It’s also useful as a quick checklist to see your story at a glance. If you’re going to write such a summary it will be devoid of any detail which we writers love to include in order to bring our story alive. The BBC do something similar: they wanted a three-page summary of a Doctor Who TV serial from me before they commissioned it (the one I referred to in Heroes, which was subsequently abortive because of its working class captain and similar issues). The script editor, Chris Bidmead, sent me his predecessor’s notes on summaries, and told me not to be put off by the writer’s angry tone. That angry tone happened to belong to Douglas Adams, who furiously proclaimed he really didn’t want to know the detail of how a character exactly got out of a cell, using what type of monkey wrench, or precisely what the Doctor was doing with the sonic screwdriver, and so on. He was after broad brushstrokes, and nothing more. He cited past examples where his explicit instructions had been ignored and writers had sent in synopses that were the length of a novella. Adams had clearly had some bad experiences with writers! Quaking in my boots, I followed his excellent advice to the letter, and my three-page summary was commissioned into a full screenplay. 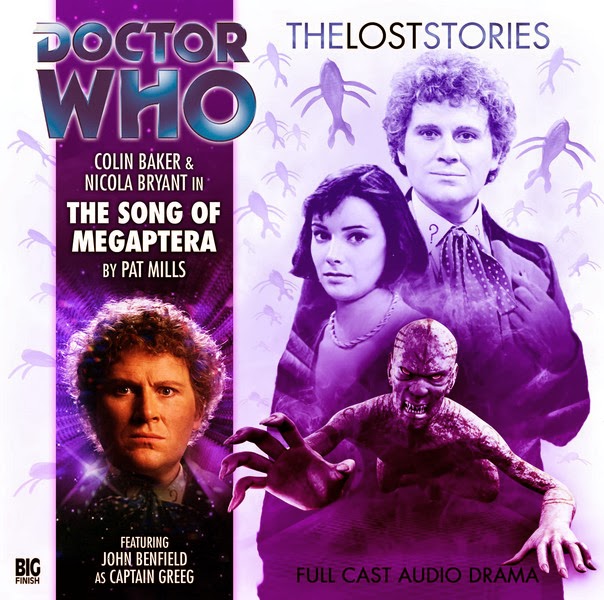 My TV screenplay for Doctor Who, originally entitled The Song of The Space Whale was eventually adapted for the Doctor Who audiobook series as Song of Megaptera.

I’ve written step breakdowns since, including a one page, one sentence per event breakdown for a film producer. He was already aware of the subject matter and protagonist, so it was very terse! So I thought it might be useful to do something of the sort here, although not quite as monosyllabic. It’s for the assassin novel I talked about in last week’s Inciting incident, which I guesstimate is nine months away, as I want to write Read ‘Em And Weep book three, first. A Spoiler Alert may be necessary at this stage, although the step breakdown is very minimalist, and probably gives away no more than your average film trailer or book product description. I’ll let you decide. I’ve deliberately held back on how the ending plays out in detail, so there are still plenty of surprises in store and there’s no indication of how everything gets resolved. Although regular readers of my stories can possibly guess! It’s the first time I’ve put my story down on paper in this way, so it may well change a little when I come to write it up and you will note it is for the most part brutally free of detail, settings, names, etc. Because once you go down that road, it endlessly expands into a much longer document and you lose your overview. This document is stripped down to the skeleton, except where it focuses on the major emotional beats. Without them, it wouldn’t be much fun to read. Anyway, here goes.

British Assassin’s opening kills. Valid reason for his executions. His targets deserve to die and he is driven by PTSD/ghosts of dead comrades demanding vengeance.

Inciting incident – he can’t shoot his boss, even though he loathes him. His humanity revealed. He uses his unique and spectacular skills to escape.

Assassin in day job. We meet his eccentric boss again and supporting colourful characters. Some suspicion towards him, which he allays. He rejects his family, so they cannot be harmed by his crimes. His brother thinks Assassin’s changed – he thinks he’s too good for his family? One of the elite now?

Assassin already in relationship with American girlfriend. Her day job overlaps with his. She reveals to him she’s been sent by American Secret Service to find Assassin. Can he help her?

Abortive and embarrassing attempt to find Assassin by ex-Broadmoor Killer fails. It meets with mocking derision from uniformed cops, so humiliated and angry Killer decides to hunt for Assassin alone.

Assassin carries out a second hit, once again using special his skills. Valid reasons for the execution. This time he has no moral qualms. The ghosts of his dead comrades urge him on.

Situation is spiralling out of control. The Head of department discusses with Boss. Assassin’s kills have dangerous consequences for the status quo. The truth is getting out there! Assassin must be stopped.

Killer is suspicious of Assassin and follows him. Assassin outwits Killer in humorous sequence. Killer kills Assassin’s brother. Assassin cannot go to funeral for fear of involving other family members in his kills. Assassin watches from hiding place. Killer watches Assassin from his hiding place. Killer goads Assassin with special sign on his front door. Trying to crack him under pressure, so he will make a mistake and reveal himself.

Assassin ‘helps’ Boss in day job to hunt himself. And he ‘helps’ his girlfriend, too. Yet he’s drawn ever closer to her. For the first time he’s finally able to sleep at night, lying in her arms, no longer haunted by the dead. He’s fallen under her spell. He has lost the desire to kill. Still unaware of his true identity, his girlfriend notes that the Assassin seems to have stopped his deadly work. She breaks up with him, saying she doesn’t want emotional commitment at this time in her life.

So his (unseen) ghosts return with a vengeance. They want blood and they want it now. He intends to use his special talents to kill Third Target, who is the worst of all. This bastard really deserves to die. And it could change everything, but time is running out. Finale setting is special train and war. All key characters – Boss, girlfriend, Killer and his crew, Third Target and Assassin – have a valid reason for being on the train.

They interact and their relationships are resolved in suitably dramatic, action-orientated finale.

Assassin has to make difficult choice between killing the Third Target or saving the train from external threat. Once again he shows his humanity, reflecting the theme of the story. But the ghosts of his past will give him no peace until justice is finally done.

A synopsis of this story, with flesh on the bones, might be four pages long. Then it would expand into a full outline that I will write for my own benefit, before embarking on the novel. It would include all kinds of techno-details – about the train, for example. So I’m not bogged down in researching them when I come to actually write the book. For 2000AD, a story outline can be rather long and detailed because it has to be broken down into weekly episodes; not least to see how many episodes it will run to and whether that is practical. With a novel or a film treatment, space is not at such a premium. So they can be easier to write because you don’t have the same restrictions of building to episodic cliff-hanger endings. Also, ‘talking head’ scenes can be longer. Sorry I couldn’t relate the finale of the Assassin story, but it would spoil it for you when it’s published. But I’ll cover some of my favourite finales next week. And I look forward to yours, too. Do let me know some of your favourite endings – in comics, novels, or films.