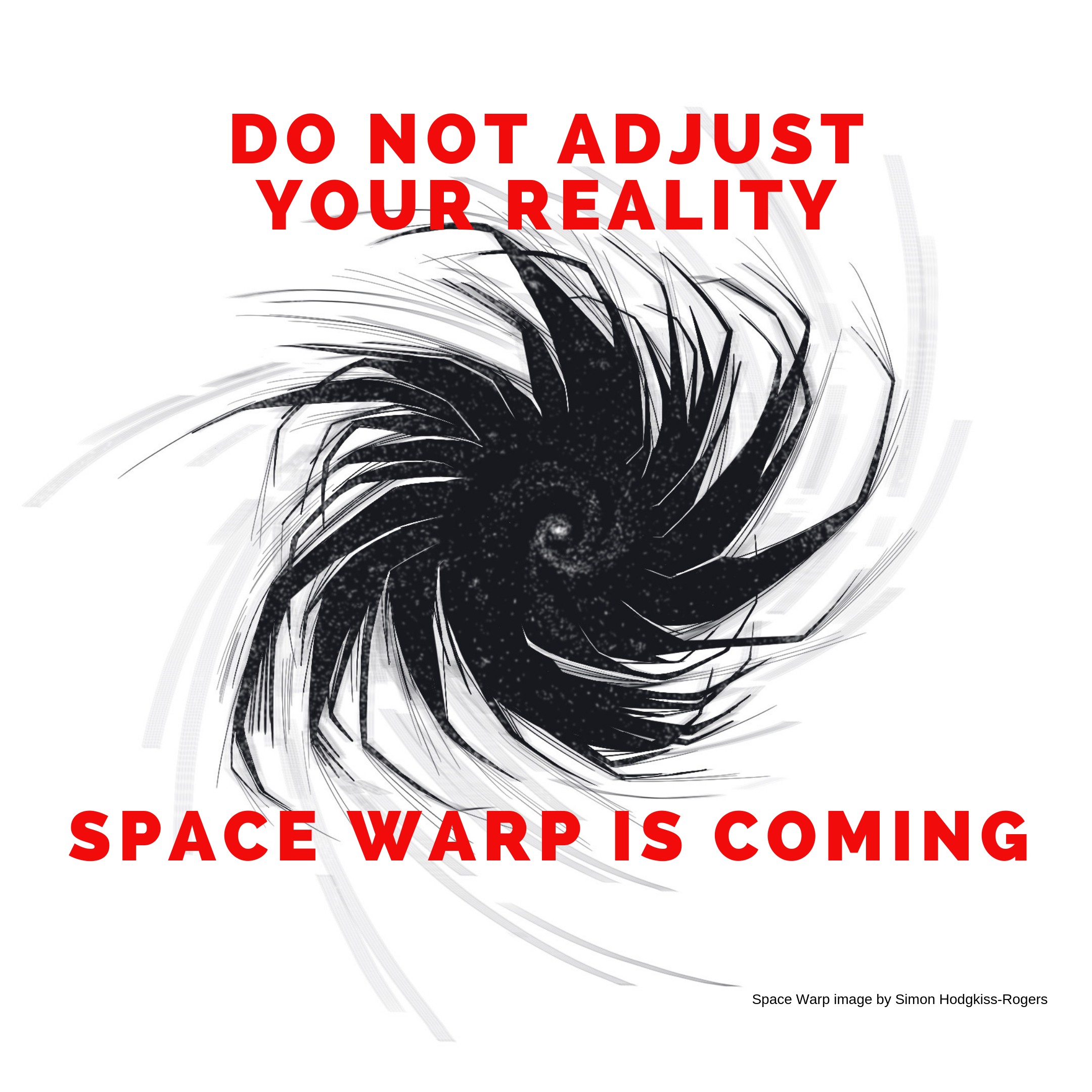 If you’ve ever wondered what it was like to create a comic like 2000AD, now is your chance to find out. To experience the highs, the lows, the creative jamming with artists, the excitement of breakthroughs and the disappointments when things go wrong. Then the satisfaction of overcoming those problems, getting the art right, the stories right, the thrill of seeing amazing new artwork, the knowledge that we are facilitating great new talent who, otherwise, might be stuck in some boring job. And, finally, the thrill of viewing the finished, awesome comic.

So pull up a ringside seat, because that’s what I’m intending to do with SPACE WARP. Space Warp will be a one-shot anthology, popular culture SF comic featuring new, or lesser-known (not established) artists.

Drawn to professional standard, it will be for the equivalent of 2000AD’s original core readership: a comic that was enjoyed by all age groups.

I want Space Warp to be a similar age-buster. Just like Sherlock Holmes, Doctor Who, Harry Potter and James Bond. Such great fiction can be enjoyed by anyone, any age.

It will be available as print on demand and digital, and it will be creator-owned by the artists and the writer.

It’s written and drawn with payment by royalties. See the next blog post on monetisation. It won’t be crowd-funded.

The stories will be showcased in Storyteller on the Millsverse website as work in progress.

The stories can also springboard into their own collections to be sold as print on demand via Amazon and bricks & mortar stores, and digitally on platforms such as Comixology.

Later, there’s the possibility of new writers coming on board with more Space Warps.

To make sure we aren’t operating in a vacuum, we shared our Space Warp plans with a number of Storyteller readers for their thoughts. These include regular fans, writers, artists, a small press publisher, a school, an art college, universities, and parents with boys who’ve long, long looked for a suitable publication, like the fantastic comics they grew up with.

We absorbed their feedback and now we’re putting all the final information on Space Warp on this blog: everything you want to know about price, copyright, monetising, deadlines and more. Together with summaries of the stories for new artists to select and draw a sample sequence (coming soon). I will include a full artist briefing so you know exactly what I’m looking for.Space Warp is in the tradition of classic SF comics, like 2000AD in its early years, but updated for 2019. It’s not satire or homage to the past, it’s new stories with something new to say. It’ll be black and white. No colour. And the artists must be of the same high standard as the original 2000AD. Not cartoon style and not fanzine art.

I believe this is possible. Judge Dredd artist Mick McMahon had produced no major published work before he started on 2000AD. The same is true of Simon Bisley and Glen Fabry. Angela Kincaid had never even drawn a comic before she created Sláine and she had a number one hit with the readers.

I’m sure there are today’s equivalents of Mick, Simon, Glen and Angela out there. And I want to work with them.

I’ve already got one great new artist completing some excellent strip art (see below), so Space Warp is under way.

If all goes well, it could be out later this year.

Theme-wise, Space Warp is a unifying and terrifying event that affects all the stories as it warps time, space, reality and people.

Introduced by alien robot editor, Schlock, the comic will have male and female characters (no Marvel comics anatomy), modern sensibilities and varied ethnicity, so it can be enjoyed by everyone.

The comic has two broad objectives:

First, to encourage new talent and prove the viability of a proper copyright deal based on the French comics industry standard (the best in the world).

As opposed to the archaic British ‘all rights’ model, which has nearly destroyed British adventure comics and continues to harm it by not attracting or retaining top talent, or encouraging creators to give of their very best.

Second, to show that it’s possible to recapture comics’ original core younger audience. The audience that the industry wilfully deserted and that defeatists don’t believe can be catered for anymore (and doesn’t really like or understand, anyway, preferring ‘adult’ comics).

There’s also a third outcome. By sharing the creative process here on Storyteller, we’re providing an insight to the general reader, fan and interested creator, on how comic stories are written up, the relationship between writers, artists and letterers, how the story and art develops, how to indie publish, and – of course – to show the things that can and will go wrong!

You will have a behind-the-scenes view of its progress like a ‘fly on the wall’ TV documentary. So we’re even going to have a few video clips of creative discussions as we go along. We encourage creators to join in and share their experience of creating Space Warp.

Just as when I started 2000AD, I have no idea of the exact final outcome – what new superstar artists will emerge, which stories the readers will like the most, what awesome new ideas and personalities will emerge – and that’s surely the whole excitement of comics.

There’s a lot more to say about copyright, terms and conditions, comic size, monetising in different formats, sales estimates, royalties, lettering, etc. But let’s get into those aspects on the next four blogs later this week. Right now your interest is surely the stories.

SPACE WARP One will be six stories of approximately six pages each story. Plus a Future Schlock story, a full-colour cover, and editorial pages. It will be British comic size, not American.

My ideal line-up for SPACE WARP One is six out of the following seven stories:

Plus a Future Schlock bonus story.

Inevitably, at least one story will not work out and won’t make the final selection. So I’m also developing possible replacement stories.

Below is a list of the current line-up with a brief summary of what they are about. They will all be available for artists to try out for, apart from some of the Future Schlocks.

French artist Gregory Markles is drawing a Future Schlock  for Gryyym magazine and it may also appear in SW1. And a top art college wants their students to draw another Future Schlock. That will leave two other Schlock stories available.

SPACE WARP One – THE STORIES

AGENT IMPOSSIBLE – He doesn’t want to be a God. He wants the Warp powers for everyone. So they tried to kill him. But, covered in bullet-wounds, he just keeps on coming.

HELLBREAKER – The Dead escape from Hell and go to war with the Living. They’ve already suffered so much: ‘You can’t do anything to us anymore’.

FUTANTS – Future young mutants escape termination and worse at the hands of their ruthless bosses.

SLAYER – A Human Galactic Empire is challenged by one Alien: Schlock.

FUTURE SCHLOCKS – The robot editor shares his warped stories for his and your entertainment.

JURASSIC MAN – One man against a million dinosaurs. It’s Liverpool – but not as we know it.

Story summaries for them are coming shortly.