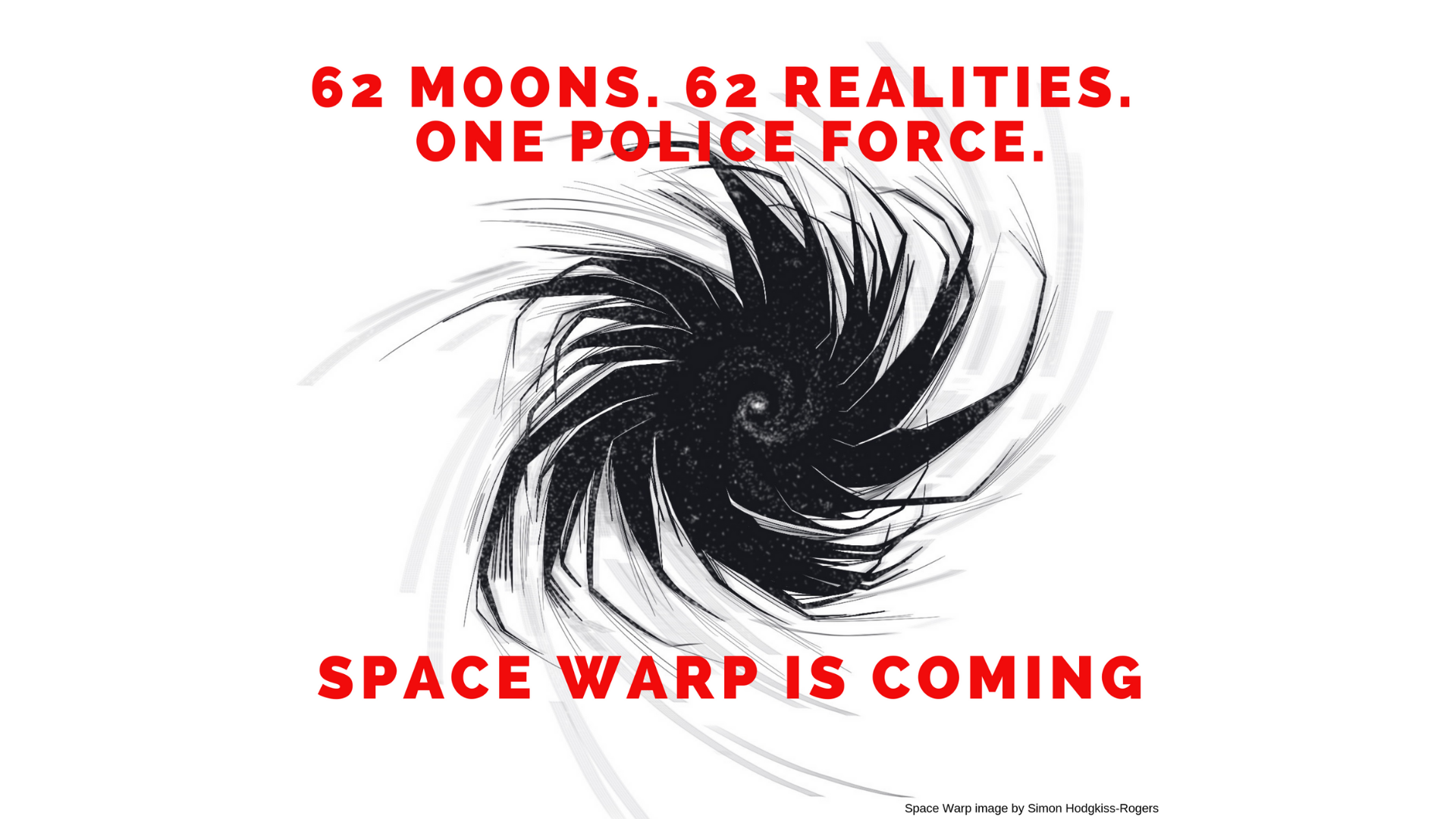 TERMS AND CONDITIONS
Here is a preliminary idea of Terms and Conditions, based on the French model, which is the best in the world and protects publisher and creators alike. By comparison, dealing with British comic ‘all rights’ publishers, creators have very little control over their work and what happens to it. And the royalty percentage is extremely low.

The French model is 50% to publisher and 50% to writer and artist, shared equally. And such French publishers consult writers and artists on the covers and what happens to their creator-owned books.

That doesn’t happen in Britain, as I’ve protested about many times.

As we described in Part 2, we’ll drop the publisher’s 50% on the comic one-shot to make it viable on the first 2000 issues sold. And we will make it one third to publisher, one third to writer, and one third to artist on all sales after that, and on a collected story edition.

When royalties come in:

Artwork takes three times longer to produce than a script, so the ratio is very roughly 3:1 and this will taken into account on initial payments. The artist will thus take priority over the writer.

Publisher costs and any work for hire also needs to be taken account of on these initial receipts received.

Thus, on the reprint collection Psychokiller, we asked Dave Kendall to paint a new cover for it. So when royalties came in, he was paid first for the cover before subsequent royalties were divided equally between publisher, writers and artist.

SOCIAL MEDIA & MARKETING
There’s also the marketing and social media to consider, which is now a vital part of the publishing job and which we’ve had some success with. It’s rather more than just a post on Facebook or Instagram.

Surprisingly, new creators often don’t seem to realise its importance or think it’s nothing to do with them. But the days when it could all be left to a publisher are long gone.

Today, publishers rarely publicise books adequately, except their top titles. Many now expect their authors to have a strong presence on social media to promote their books, so the advantage of being signed up to a traditional publisher is increasingly open to question, as many successful authors have noted.

We’re at the dawn of a different age now with exciting possibilities where creators can take back their power and control what happens to their work.

A brief example of the importance of social media. A few years ago, I was up to write a comic version of James Bond set in World War Two. The publisher – at Jonathan Cape – asked how many followers I had on Twitter. He compared it unfavorably with his preferred writer for the Bond job, who had at least twenty times as many followers at this point.

Of course that’s ridiculous – not least because you can buy followers on Twitter. And I also came as a package with Simon Bisley, who did some amazing Bond artwork for the job. There were two great pages based on my story outline. But that wasn’t uppermost in the publisher’s mind. It was my social media profile that concerned him.

(That particular version of the comic Bond project eventually fell through.)

However, if I’m looking at your art for Space Warp, I promise I won’t ask you how many followers you have on Twitter.

That said, it’s not a subject that should be ignored.

The artist co-owns their Space Warp story so it’s to their financial advantage to promote their work on social media and elsewhere.

We will check out and explore other ways of marketing and reaching potential readers as this project develops.

More on Social Media and Marketing in Part Three of Storyteller.

COPYRIGHT
With Jurassic Man, as you will have seen, the artist, Simon Hodgkiss-Rogers, is well on his way to making the story his own. It’s rather different from my first draft, as I play to Simon’s strengths and modify my storyline accordingly. And it’s all the better for it.

So, once he completes the six or seven page story, we will then jointly own the IP (intellectual property). Because all the prime elements are in his first episode: it makes him a legitimate co-creator.

The same will apply to other stories but only when or if the artist successfully completes and inks episode one.

It won’t apply to Future Schlock (featuring the character, Schlock), which is a series of one-off stories by a number of artists. Although the artists will own the copyright to their art on their story.

Because Schlock is a house character and is the basis of the comic, I retain copyright of Schlock and his visual appearance, which was determined some time before it went out to artists.

But artists can – and I’m sure will – draw him in different ways to suit their style. As long as he’s recognisable, I’m fine with that. So Grégory Makles’ version is just one interpretation and should not be copied. Instead, artists should refer back refer to my original description of Schlock (see story summaries and briefs, coming soon). 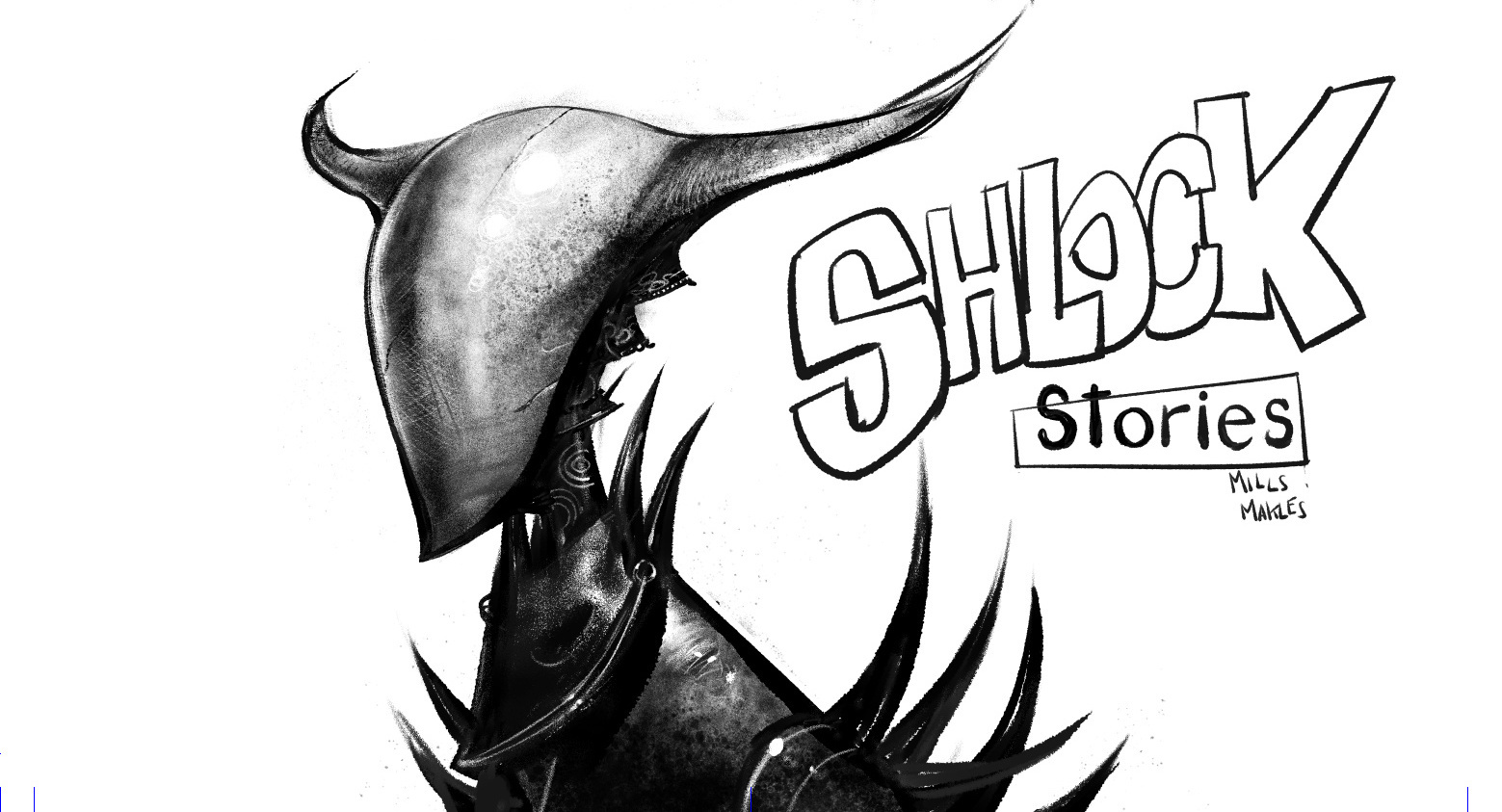 So, although Schlock is also the hero of Slayer (one of the 6-page stories), the artist can’t co-own Schlock. They only own their visual interpretation of Slayer, which may well have a unique look all of its own. On successful completion of episode one of Slayer, the artist becomes the co-creator of Slayer. But not the wider world of Schlock in Future Schlocks, editorial pages or Schlock’s other possible adventures in different worlds and forms, beyond the worlds of Slayer. 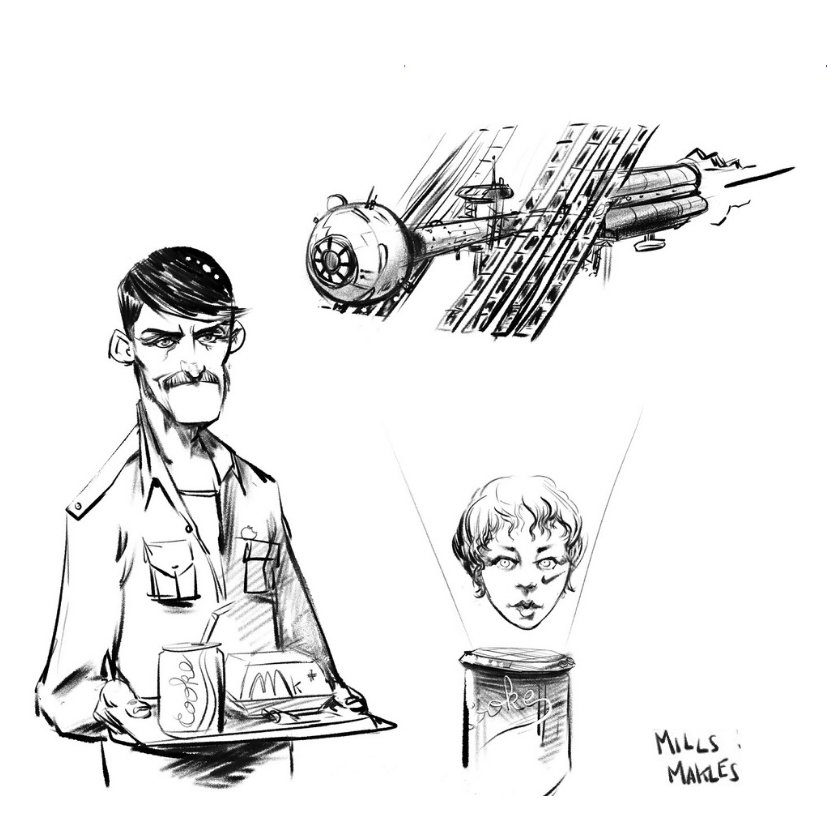 There are other copyright questions that may arise and which are covered in French contracts and provide useful guidelines for everyone. But the simpler we keep things at this stage, the more it keeps our administration costs down. I only want to cover the basics in a contract.

Lengthy, ‘lawyered-up’, avaricious contracts, which seek to own and control every imaginable aspect of an IP reflect badly on publishers. For instance, one contract I recall talked about owning all rights and publishing applications in the known universe and in universes and in applications yet to be discovered or invented. Seriously.

The whole issue of copyright is an important subject that, once again, I hope to also cover in the concluding third section of Storyteller.