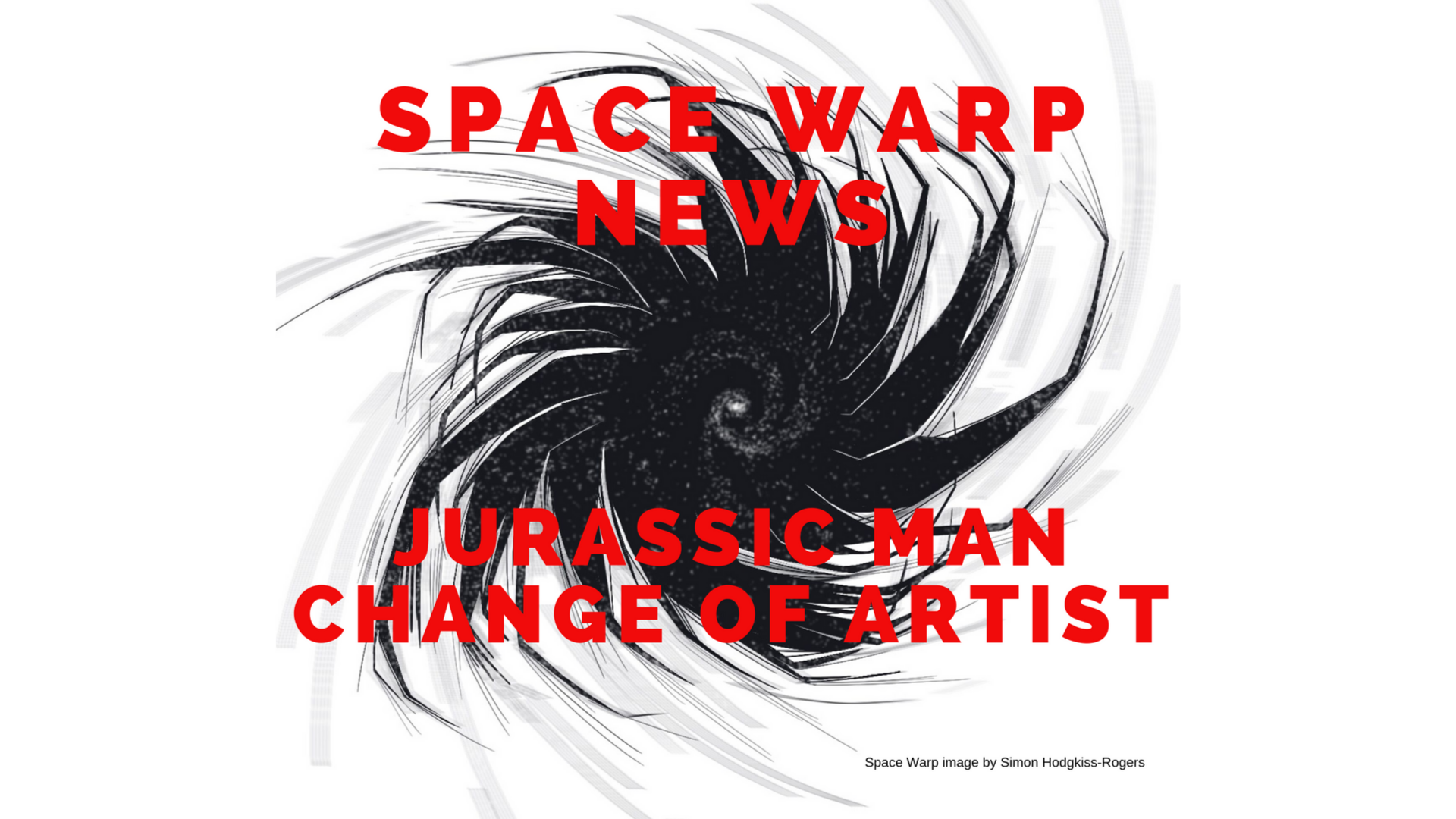 CHANGE OF ARTIST ON JURASSIC MAN

Simon decided, with great regret, that time was really against him on the story and therefore he could not continue drawing Jurassic Man.  This was a very brave decision on his part because I know he was really into the story but I totally respect and understand why he felt he had to leave the strip. I really loved his take on the story and I shall miss his work and his wild SF ideas. The good news is that he’s brimful of other exciting ideas for Space Warp – on publicity and social media, for instance –  so I’m looking forward to working with him on other aspects of the comic. I still regard him as very much part of the Space Warp team.

The new artist for Jurassic Man has been found and I’ll be announcing him and putting up his concept art very shortly. He, too, is an absolute natural for the story as you will see.
But drawing a story with rampaging dinosaurs, Liverpool in the 1970s, punks,a strange scientist hero, and a shoplifting Futant who travels in time and space is no easy task! So Space Warp has been very lucky to find two such fantastic artists who were up for it!