Here’s JAMES NEWELL’s excellent SLAYER PAGE. I’m really knocked out by his art and hope you are, too!

On this page, SLAYER gives the HUMAN CRUSADERS 24 hours to leave the aliens’ planet. The murderous human knights refuse, believing they will easily be a match for just one robot.  You can see they were mistaken!

So we now have our SIX SPACE WARP ARTISTS, which means SPACE WARP PHASE ONE IS COMPLETE! The artists are all hard at work on their stories, so we should have a schedule soon.

The next phase for me is finding a COVER ARTIST and an ART EDITOR to design the look of the comic.

Here’s my thinking so far: the cover should probably feature FUTURE WAR – which may mean SF1 or SLAYER as a basis. It should be influenced by modern computer games covers. Certainly NOT nostalgia or any other comic. It must have a strong, cool but MAINSTREAM appeal.

I’ll probably change my mind a few times as I get into the subject, but that’s where I’m at just now. So much depends on the artist and the designer. If you know anyone who ticks those boxes – including yourself – get in touch! Bear in mind, I had to be pretty fussy to find six artists with such amazing talent. I have to be even fussier when I’m looking for a COVER ARTIST because there is so much at stake! So it is NOT a simple or easy gig. 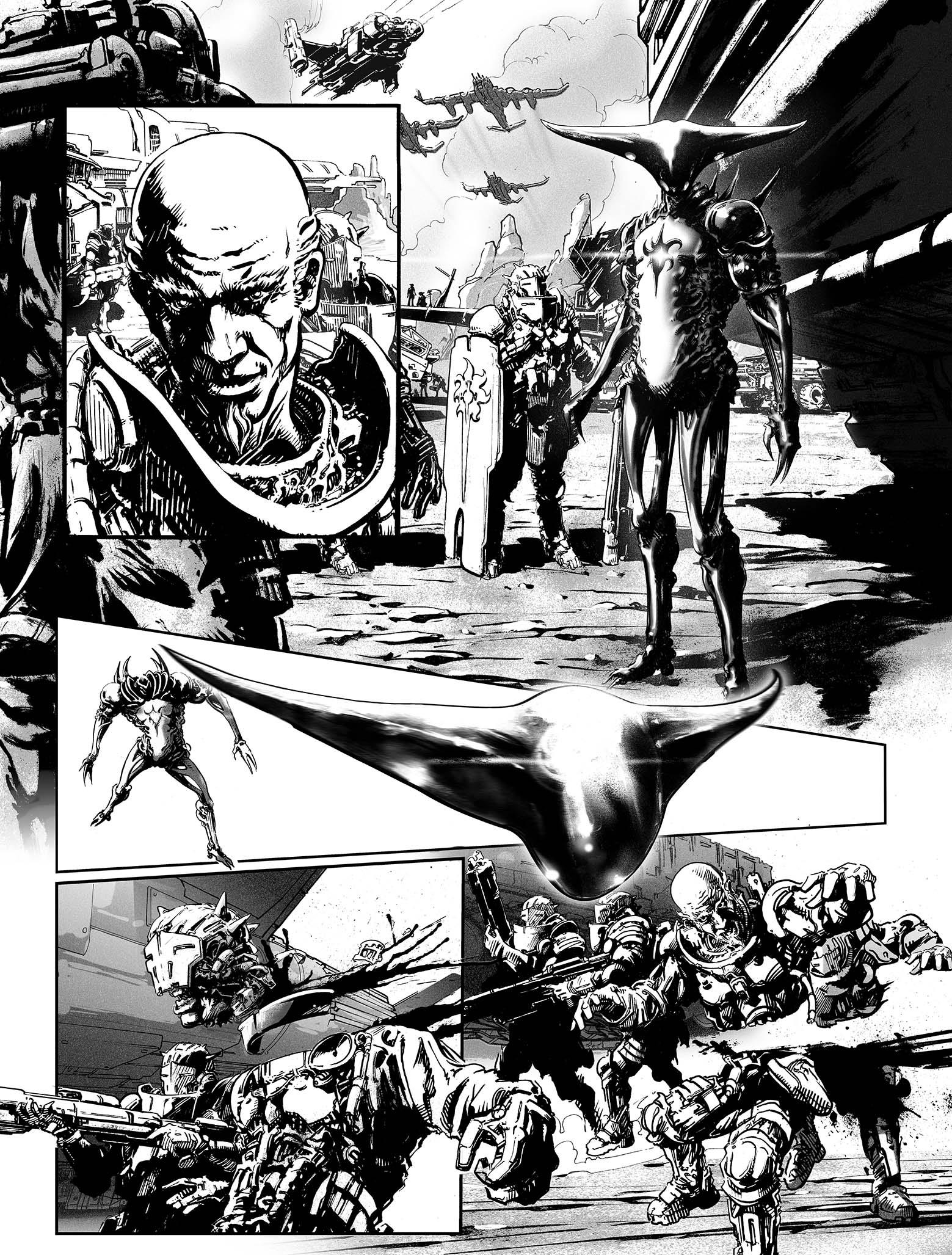