THE FORMULA PART 3 – WORKING WITH THE ARTIST

THE FORMULA Part 3 – WORKING WITH THE ARTIST

I recently received some questions from Catherine, a PhD candidate studying scary kids’ stories (cool, huh?), who is producing a sample Misty-inspired comic as her final project. She wanted to know how comics are produced and this prompted me to explain some of the inner workings of the creative process. I call it the Formula. Read Part 1 and Part 2.

WORKING WITH THE ARTIST

I study the past work of the artist very carefully so I can second guess how they’re going to draw a scene. I note their strengths and weaknesses. John Armstrong, who drew Moonchild didn’t have any weaknesses. He was passionately committed to his art and could draw just about anything you threw at him. If only I was always so lucky! 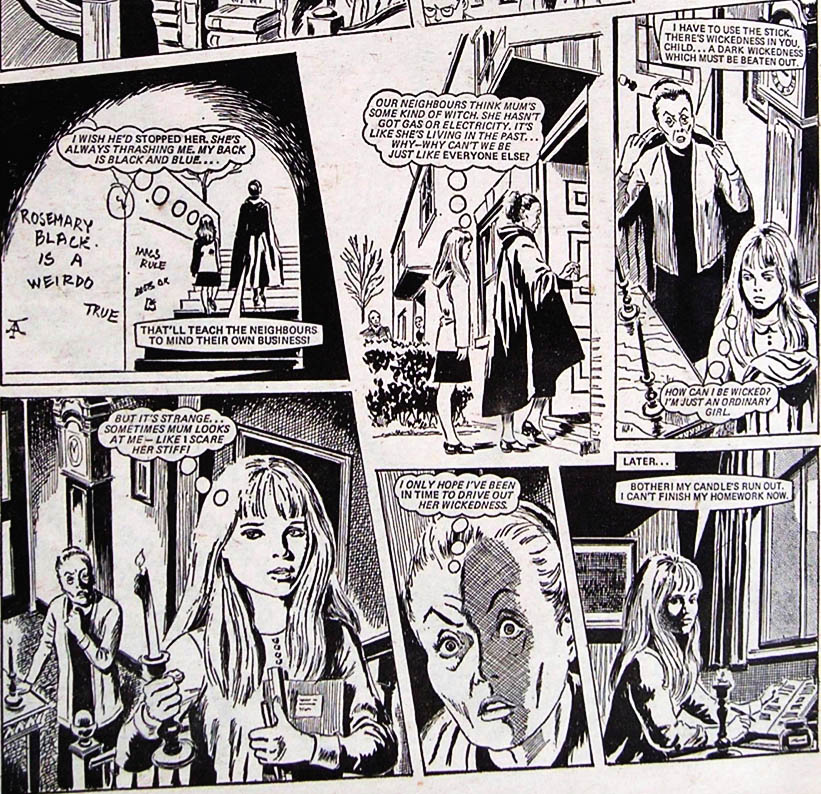 Another artist might not be so good at facial expressions or fashions or vehicles or exotic locations. So wherever possible I’ll try and avoid scenes that are difficult for them. Or send them references so their weaknesses can be hidden. Or spend time talking to them on the phone discussing the story, so we overcome the difficulties together.

Another technique I used on 2000AD at the beginning was to disguise some fairly dull art with dynamic layouts by my art editor Doug Church.  This was one key reason why 2000AD was so successful. It was labor intensive and a real pain to do, but worth it. Some writers will layout the page. I do so occasionally if 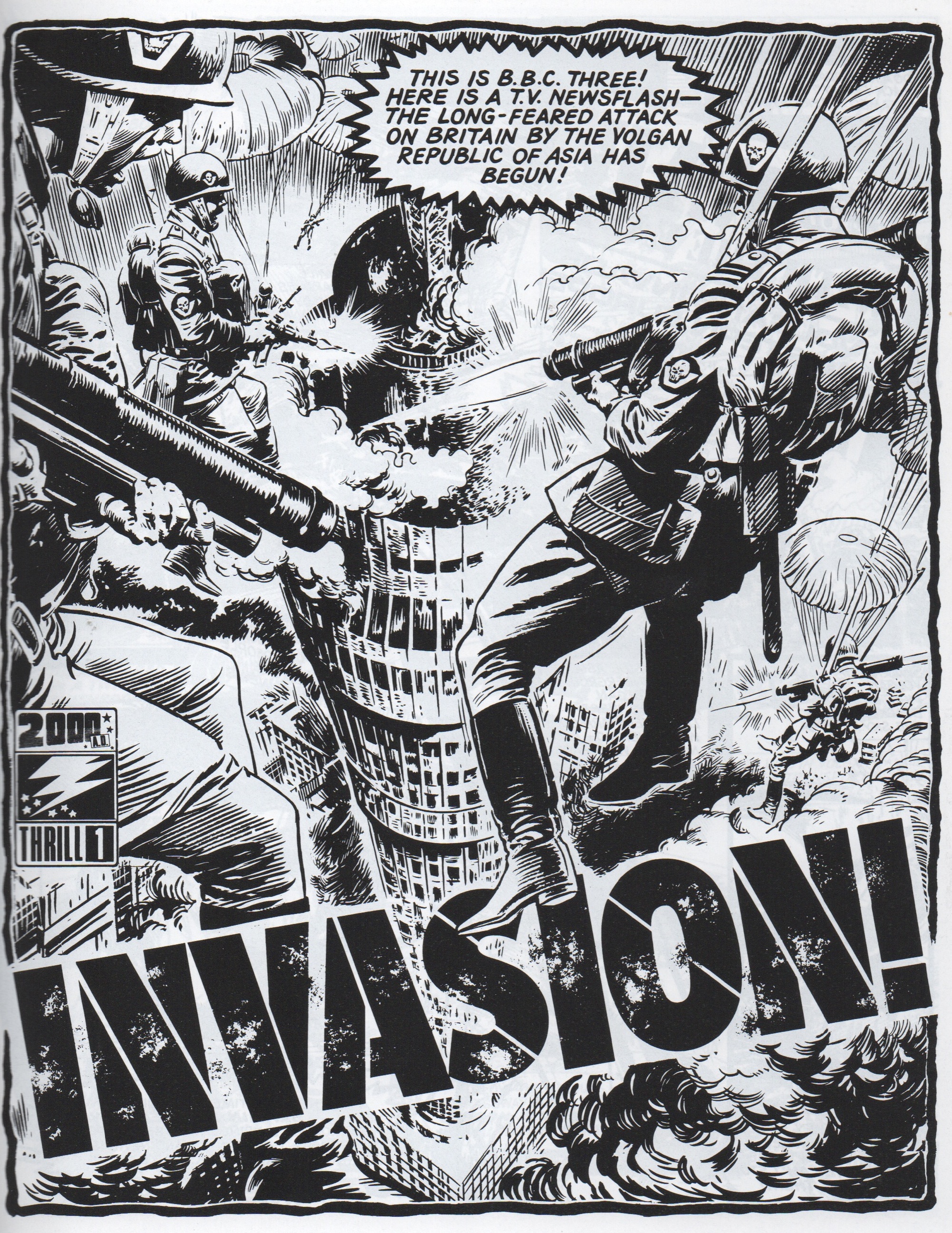 Doug Church did the layouts for almost every story in 2000AD’s Prog 1. And most of the early Progs. The reason the weapons and figures thrust out at us is because Doug designed them that way. The value of this is not always fully appreciated. Partly because Doug never blew his own trumpet – so i’m blowing it for him! 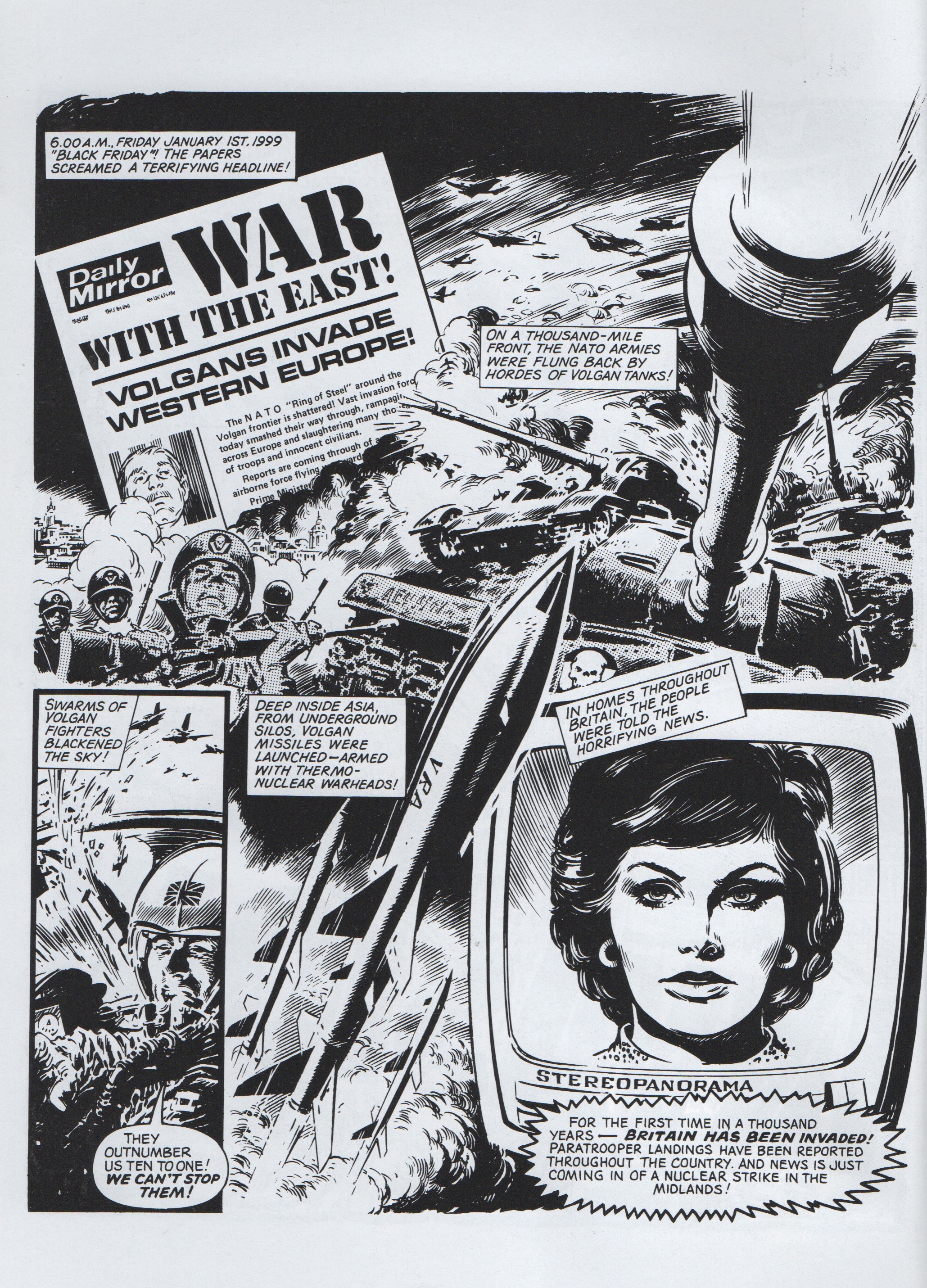 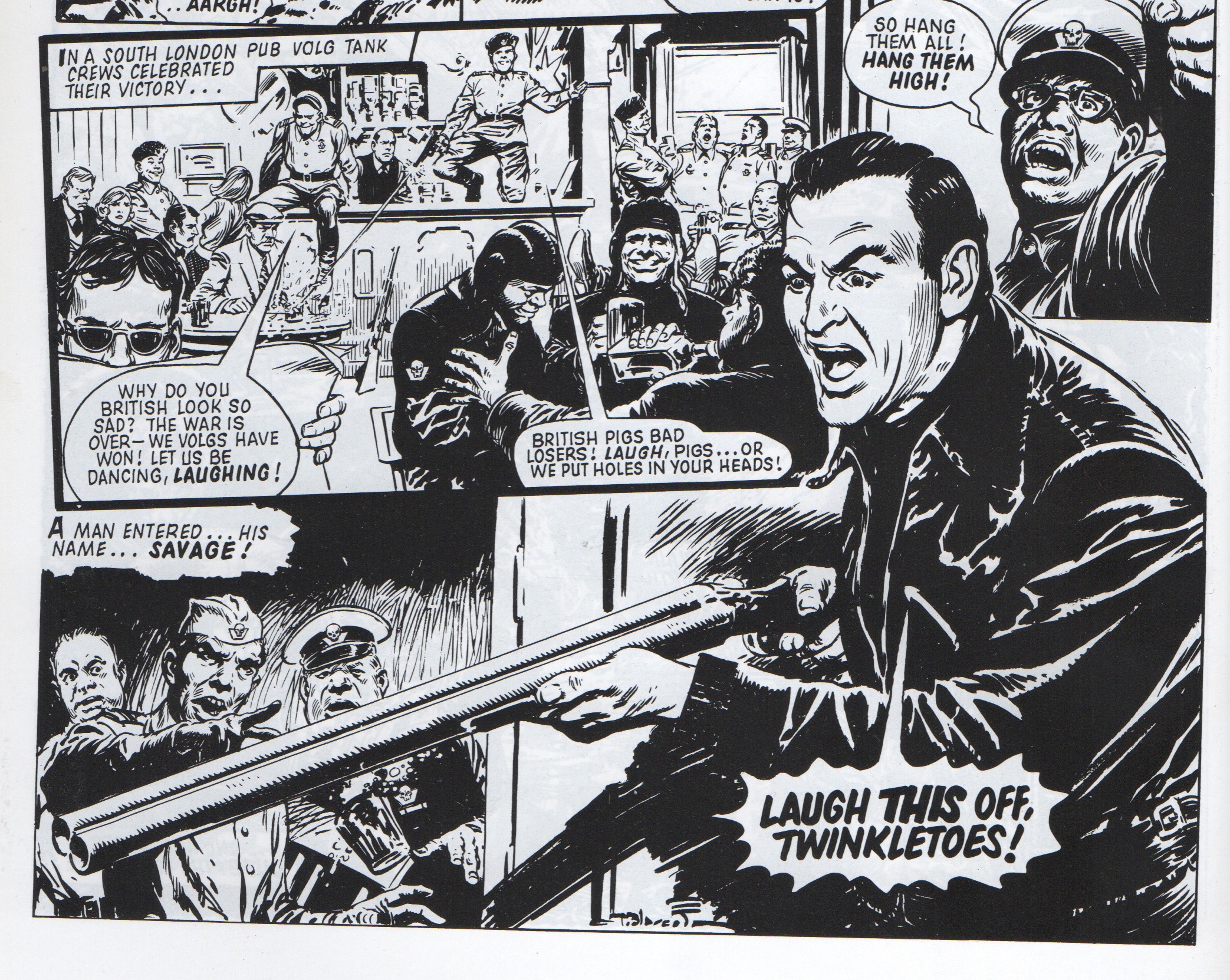 I wrote Ep 2 with Kelvin Gosnell. “Laugh THIS off Twinkletoes” is his line.

I also often edit the story against the art. This can disguise an artist’s and my own weaknesses. The dialogue then fits like a glove and some boring art might be enlivened with new sparkling dialogue. Or a visual mistake is covered over with a balloon.Some artists like this, others don’t. If it’s a great storyteller, like John Armstrong or Kevin O’Neill, it’s not needed. I recall I once wrote some heavy dialogue for one artist whose art was overworked, with far too much detail. I cut my dialogue down so the pages wouldn’t be visually oppressive and busy. He was not happy at my changes, but I stand by that decision.

Most writers don’t go through this last stage regarding it as unnecessary or uneconomic. It’s certainly uneconomic! But in a competitive industry it’s one way to keep on top. It also allows me to lose myself in the art and really get a sense of what makes the artist tick.

Good lettering is also part of the art. We used to have brilliant letterers who added a whole new element to stories, like Tom Frame or Jack Potter. There are still a few, like Annie Parkhouse, but it is in danger of becoming a lost art.  The worlds greatest letterer is Ken Bruzenak. He can handle umpteen balloons on a picture whereas some letterers can’t be bothered and just obscure the art. You can tell when they don’t care about their work – and so can the readers. A bad letterer can kill a story.